Time for the ‘Hour of Code’ 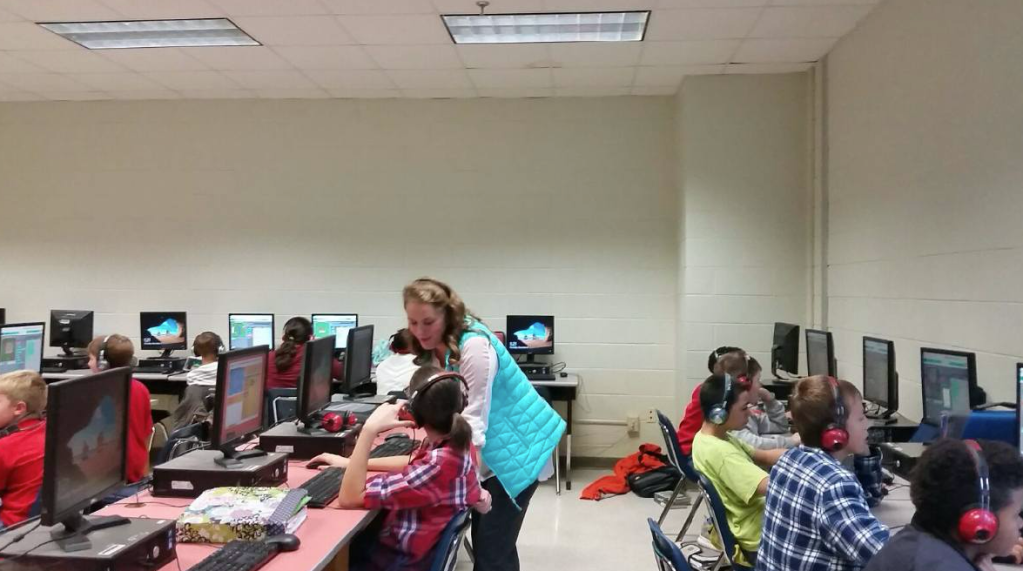 “Scratch,” “Java” and “Python” might not mean much to the average person, but they can mean everything when dealing with a piece of technology. Charlotte County Public Schools (CCPS) students are set to find out what that meaning is during December as they participate in the nationwide Hour of Code. According to a CCPS press release, the initiative’s purpose is to introduce people to computer science and remove some of the mystery from coding.

More than 500 students in the county are engaging in a variety of one-hour coding activities designed to be age- and skill-appropriate along with 323 million other students around the world.  Rooted in current characters, video games and movies such as Moana and Frozen, and games like Minecraft, these activities not only help students learn about coding and computer science, but also help to foster students’ problem solving skills, logic and creativity.

Joseph Wendelin, a sixth-grader in Becky Clarke’s math class at Central Middle School, participated in the Minecraft Hour of Code.

“The lesson was educational and taught important basic rules of coding,” Joseph said. “Also, it was pretty fun!”

Students in various grades voiced similar comments throughout the lessons.

CCPS Instructional Technology Resource Teacher Claire Locke is organizing participation in this year’s Hour of Code. While working with students last week, Locke and classroom teachers across the division were amazed by the students’ willingness and eagerness to take risks and learn from their mistakes while being introduced to the basics of computer science.

“The students remained committed to thinking critically and communicating with the technology in a concise and accurate manner in order to accomplish the required tasks for writing code,” Locke said. “Their active engagement and attention to the lessons were insurmountable. Many children left the sessions eager to continue their learning on their own at home using an app called Tynker and various other websites.”

During the next 10 years, estimates suggest there will be 1.4 million open positions in coding with 67 percent of those outside of the traditional technology sector and only 400,000 qualified people to fill them. To help students become prepared for this work environment, CCPS is committed to sparking students’ interest and motivating them to pursue interests in the field of computer science in the future and hopes that parents, students, and community members will join in their efforts.

Anyone can learn more about coding and participate in various Hour of Code activities by going to www.hourofcode.com/us/learn or www.ccpsk12.org, clicking on a particular school, and going to the Student Links tab.