Frankincense — fit for a King

He causeth the grass to grow for the cattle, and herbs for the service of man: that he may bring forth food out of the earth… Psalm 104:14

Hello folks! This month I’d like to focus our attention on frankincense. The following information is from Quest for Cures which is found on Ty Bollinger’s website, www: thetruthaboutcancer.com. Ty is a happily married husband and father, devoted Christian, best-selling author, medical researcher, talk radio host and health freedom advocate. After losing several family members to cancer (including his mother and father), Ty began a quest to learn all he possibly could about alternative cancer treatments.

Every year, all over the world, approximately 14 million people are diagnosed with cancer. It’s the number two killer in the United States. This year, just as in every other year, more than half of those 14 million people diagnosed are going to die. There are available holistic therapies you can use in conjunction with your current cancer treatment to increase your chances of surviving a brutal and unrelenting disease.

Frankincense — As they made their trek from the Far East, the three wise men from the biblical account of the birth of Jesus came bearing their own gifts. One of them, frankincense, possesses a value much more significant than just fragrant incense. It demonstrates powerful anti-cancer effects that even in modern times legitimize this precious oil as being truly fit for a king. The oil of frankincense has been used for thousands of years to quell disease-causing inflammation, support heightened immunity, and prevent dangerous infections. But many people remain unaware of the added cancer-fighting potential of this precious serum, which researchers from the University of Leicester in the UK (among others) have confirmed through rigorous scientific testing.

Also known as boswellia, frankincense claims as part of its vast nutrient profile a unique compound known as acetyl-11-keto-beta-boswellic acid, or AKBA for short. Scientific tests have determined that AKBA is a sworn enemy of cancer. This unique substance is also effective against other forms of cancer as well, including breast, colon and prostate cancers. And the evidence suggests that frankincense isn’t just a supplemental treatment to go along with chemotherapy and radiation; in some cases it may actually be preferential as a replacement. The reason for this is that frankincense shows demonstrable effectiveness in a few areas where chemotherapy isn’t all that effective, particularly with regards to ovarian cancer. This is because certain cancer cell lines that don’t respond to chemotherapy are notably responsive to frankincense. Though commonly mixed with a carrier oil and applied topically, frankincense can also be consumed orally by putting one or two drops of the oil into a beverage. Be sure to consult with a physician versed in the proper use of essential oils before undertaking such a regimen for cancer-fighting purposes.

Hopefully, my readers will consider finding out more about frankincense and its great healing powers. Goodbye, friends. Until next time!

Alice Russell, also known as “Me Me,” resides in the Randolph/Saxe area. Her email address is letstalkherbs@gmail.com. 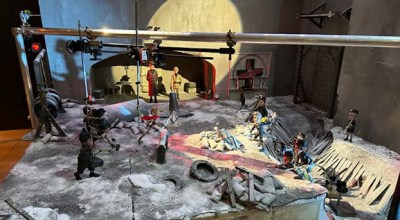