From hairdresser to bodybuilder 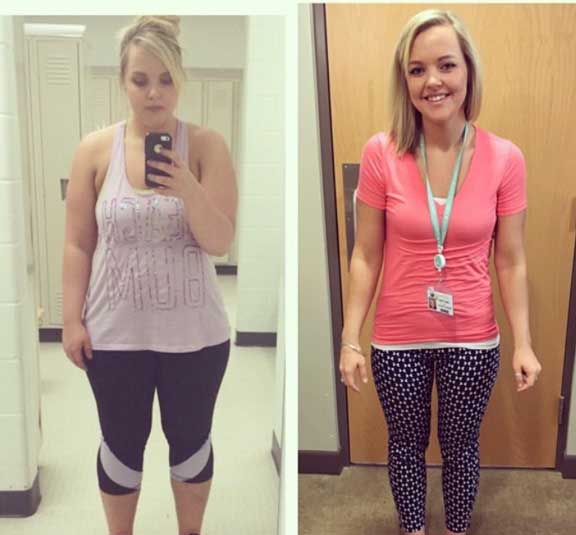 All it took was a comment about her weight from a client for Brittany Guill to decide to turn her life around and become a bodybuilder.

The 23-year-old Charlotte County native said she weighed about 200 pounds when she first started going to the gym. Now, she’s getting ready for her first competition.

When not working out, Guill works in Farmville at Centra Southside Community Hospital in the patient access department and is engaged to be married to the man she’s been with since she was 16.

She said she was working as a hairdresser for a while and had a client suggest she get on Weight Watchers.

“For some reason, that really hit me and it really affected me,” Guill said. “The reason I had gained a whole bunch of weight in the beginning of it all was because I lost my grandpa, and I just had a hard time coping with it. I gained a lot of weight once he passed away.”

She said she didn’t like thinking people were looking at her and thinking she was unhealthy, so she began working to be healthier by eating better and going to the gym.

“I fell in love with the process of working out,” said Guill. “It was kind of mental clarity for me.”

She said the more involved with weight lifting and training she became, the more interested she became in competing in bodybuilding competitions.

“For me, it was more of what I could accomplish for myself,” she explained. ”I wanted to prove to myself that I could do it.”

Guill started her journey in February 2015, weighting a little more than 200 pounds. In about a year and a few months, she lost 60 pounds.

“I maintained that until I started to prepare for (a bodybuilding) show and when I prepared for the show, I had to lose a little more body fat and stuff like that,” Guill said. “I lost an additional 15 pounds three months before the show.”

She said bodybuilding requires a strict diet — “You have to be hard core about it.”

Throughout the process, Guill was on her own.

“Me and my best friend would just bounce ideas off each other and help each other out,” she said. “I didn’t have any trainer, I didn’t have a coach, I did it all by researching online and doing the best with what I had, which wasn’t a lot.”

Guill said she watched a lot of YouTube videos.

Guill said because she was doing it for herself and not for the audience or judges, she was less scared.

“Everybody has been amazing,” Guill said of her support group. Her fiancé, Matthew Lacks, in particular, has been her cheerleader. “He’s really into fitness and he inspired me to get into it, too.”

Guill said she was surprised to find random strangers on Facebook and people she wouldn’t normally talk to everyday providing constant support.

“People message me all the time and asked me about it and asked for advice and that’s the best thing that’s happened to me through it all,” she said. “I can help other people, too.”

Guill just recently participated in her first competition, in Woodbridge, where she placed 14th out of 30 people.

She said she wants to keep competing, but “I’m getting married in May, so I think I’m going to chill out and enjoy my wedding and all that stuff and then possibly do it again in the fall. I’m gonna be doing it till I’m old.”

“That’s the best advice I can give anyone. Be consistent.”

She suggested not letting fear keep anyone from doing something.

“If you have a bump in the road — like if you have a day where you just eat everything in sight, or a week where you can’t make it to the gym — don’t let it discourage you. Just pick yourself up and keep going,” Guill said.