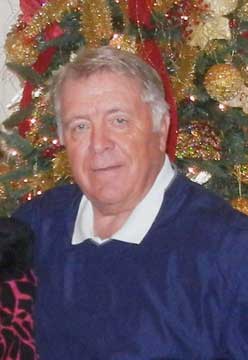 Though Charlotte County residents just finished the customs and traditions of Thanksgiving, it’s time to ring in Christmas in Keysville. Excitement is building for this year’s Keysville Christmas Parade, which will be held Friday at 7 p.m.

With support from Santa’s special helpers, Flynn, Nancy Hambrick, Liz Peaden, Patsy Crews, Lynn Duffey and additional town office personnel, “this parade will be one you won’t want to miss,” she said.

Larry Dunn, who’s been tapped as grand marshal of the parade, will lead the convoy of decorated vehicles with his wife, Sharon.

Lineup for the parade begins at 6 p.m. near Wayland Nursing and Rehabilitation Center, according to a press release from Flynn.

“More than 60 units have entered the parade and are working diligently to put the final touches on their floats, polish their emergency and show vehicles, synchronize their cheering and dance routines, perfect their marching bands and tame their horses,” Flynn said.

According to the release, free books will be given to children along the parade route by the Virginia Children’s Book Festival, “and those amazing Shriners will be all over the street in their miniature cars.”

“You’re bound to get in the spirit of the season with floats portraying the meaning of Christmas with the birth of Jesus,” Flynn said.

Flynn said news from the North Pole indicates Santa Claus is planning to make a visit and “hopes you will join him after the parade in The Tea Room (Old Tri County Building) on Main Street.”

Born and raised in Charlotte County, Dunn worked for the county’s school division for 32 years. He served as division superintendent, assistant superintendent, principal, coach and teacher.

Since retirement, Dunn has worked with youth golf programs at Briery Country Club to help prepare youths for middle and high school golf.

“His passion for the sport and dedication to these young people is quite an inspiration,” Flynn said.

Flynn reminds those who attend to stay behind roped-off areas, noting emergency vehicles are not to use sirens during the parade.

Judges for this year’s parade will be Linda Conkwright, Barry Mason, C.B. Rickmond and Bob Rietzke.

“Winners for each category will be announced at the judges’ stand immediately after the parade,” Flynn said. “Like any worthwhile endeavor, there is always lots of hard work and much time dedicated, but the delight in the little ones eyes and even the sly grin of adults as they observe the parade will bring everyone priceless memories.”