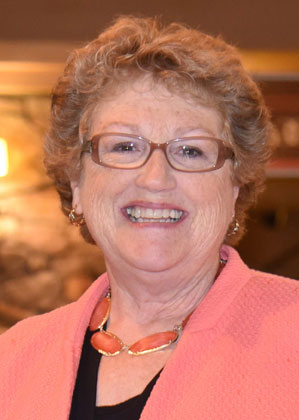 Hales’ experience with storytelling dates back to college, where she majored in journalism at the University of Richmond. While there, the Lawrenceville native also took public relations classes.

“This is a cool award as I was chosen by my peers at the college for this award that recognizes dedication to SVCC and the mission of the community college,” Hales said.

She also received the Excellence in Communications Award for an article she wrote about a successful SVCC student. Hales competed against 23 other community colleges and came in second place among other feature stories.

“I have been at the college for almost 28 years and I have been awarded numerous times for my work,” she said.

The public relations director came to SVCC after working for the Eastern Shore News in Accomack County and then as editor of the Brunswick Times Gazette.

She said she was “overjoyed” to be hired by SVCC. Since arriving at the school, she’s received a national award from the National Council for Marketing and Public Relations — first place for photograph. She had to travel to Denver, Colo., to accept the award, she said.

“The photo was a picture of a young girl hugging her aunt who had just graduated from SVCC, and later, that young girl attended SVCC and I was able to take her picture as she graduated,” Hales said.

Along with her job, Hales takes thousands of pictures each year, writes articles and maintains SVCC’s Facebook page. She helps with the printed semester schedules and the catalog. She also helps with advertising SVCC through local newspapers and radio stations.

“My office is responsible for marketing the college and making sure the people of Southside Virginia know we are here and ready to help them with their educational needs,” Hales said.

Graduation, she said, is her favorite part about her job — “It is the best day.”

During graduation, she takes about 600 pictures. She enjoys seeing all the students happy and their families proud.

“The faculty, staff and administration are all so proud of our students, their accomplishments and the culmination of so much hard work and dedication,” she said. “The successes of our students are the best stories we can tell.”

These stories reach out to others and prove what can be accomplished with just a little hard work and determination, she said.

Because SVCC offers so many opportunities for students, Hales always has stories to work with, she said.

Hales said she has been writing stories since second grade. She called the stories she gets to write now inspiring and important.

When not at work, Hales enjoys visiting Hatteras Island, N.C., with her family or watching basketball games. She loves playing with her two dogs and one red-eared slider turtle. Hales is deacon at her church, plays handbells and sings in the choir.

His thoughts — What’s the plan? 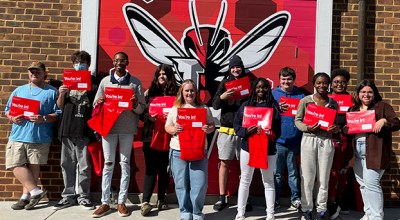 Students accepted to University of Lynchburg