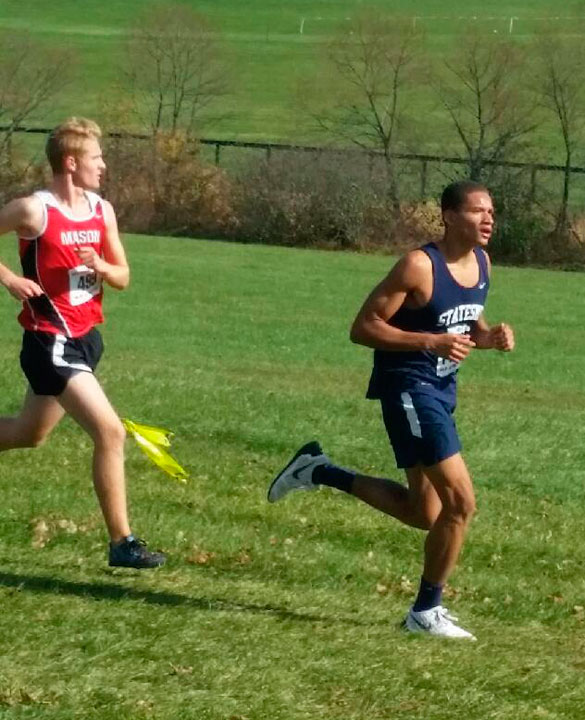 Randolph-Henry High School’s Nasheim Pettus competed in the Virginia High School League Group 2A State Cross Country Championships on Friday at Great Meadow in The Plains and placed 60th out of 109 runners, finishing the 5K course in 18 minutes, 42 seconds.

“Nasheim represented Randolph-Henry in the highest fashion,” R-H Coach Jeffrey Williams said. “The place didn’t indicate how well he raced, as sometimes 10 runners will finish within a second or two of each other. It was an honor and privilege to be a part of Nasheim’s special day and the entire Runnin’ Statesmen family is very proud of his accomplishment.”

“Nasheim is a gifted athlete who holds himself to a very high standard,” Williams said. “His goal was to make it to states and he worked diligently — every day — to attain that goal.”

As for the boys team overall, the coach said he was extremely proud of their performance.

“We raced against the best competition we have faced in years and did very well,” Williams said.

Highlighting other standout runners on the team, he said it was an honor and pleasure to have coached John Walker, Chris Nichols and Michael Nichols for four years.

“Their leadership has been priceless, and they certainly left their mark on our program,” he said.

The R-H girls team was relatively young, inexperienced and limited by injuries this year, but was not without its standouts.

“Alena Latysheva capped off a four-year career by being very consistent and leading the way,” Williams said. “Lindy Newcomb was also consistent and ran the race of her life to qualify for regionals. Sarah Grissom really showed improvement and had a strong finish to her junior year.”