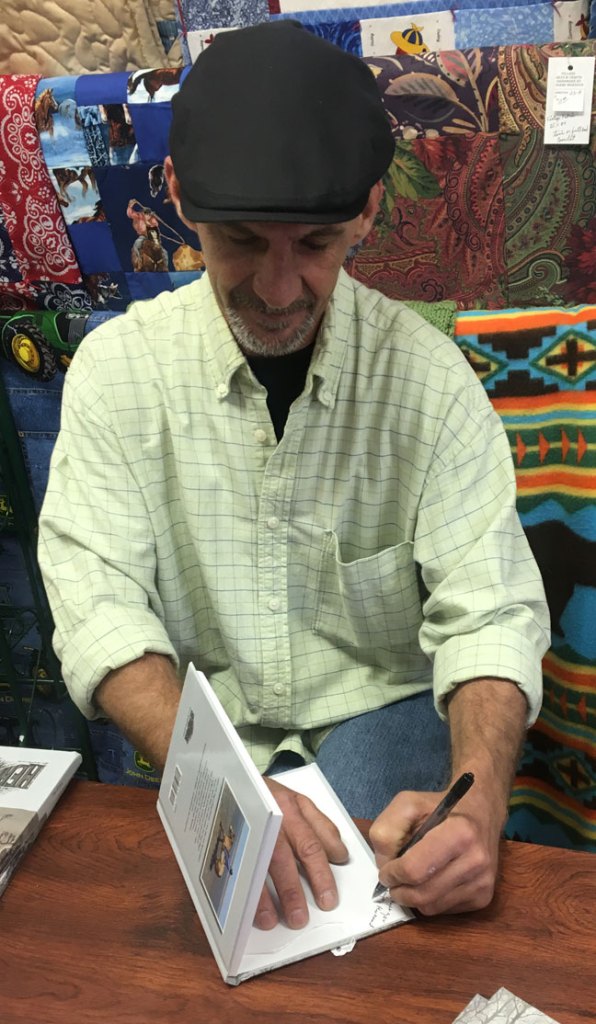 Scuffletown-based author Tim Davis held a book signing for his debut book, Blue Ridge Heartman, Something for Everyone, at Village Arts and Crafts in Charlotte Court House on Saturday. Supporters came in and purchased a signed copy of Davis’ book.

According to Davis, the book is a poetic novella.

“It covers a lot of my personal experiences, but they are all true and they rhyme,” he said.

Davis began working on his poetic novella in April 2013.

“It’s a giant’s love story wrapped in many love stories, masked as a long love story,” he said.

The book was published by Heartman Enterprises.

When asked what his inspiration was for writing, Davis said, “I caught a mermaid.” The long love story within the book centers around the catching of a mermaid named Stella.

In the book’s introduction, it reads, “the following pages are accounts of my times and the subjects are witness thereof. Thus, testament to my God, my passions, our existence together. No names, places or pictures have been changed to protect a dang thing. And verily, ‘very’ is not found hereafter.”

The introduction said the original intention was to write something for his children, however, “somewhere along the lines, things became something a little more … something golden … perhaps something for everyone.”

Tim Davis is an outdoorsman and known as an avid hunter and fisherman.