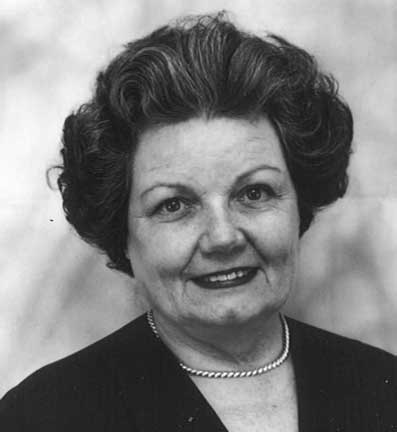 Evangeline Watts Jackson Hoyle, age 88, of Raleigh, N.C., and formerly of Wylliesburg, passed away Oct. 9 after a brief illness. The former Evangeline “Vangie” Jackson, she filled the unexpired term of her deceased husband, D.C. Jackson, on the Mecklenburg Electric Cooperative (MEC) board of directors in 1979, becoming the first woman to serve on MEC’s board in the cooperative’s then 41 years of existence.

In August 1981, she was elected vice president of the cooperative’s board and then rose to chair the board that following June.

“I had the privilege of serving with Vangie, and I’m proud to say that she focused solely on MEC’s members,” David Jones, MEC’s current board chairman, said. “She was appointed, and later elected to the board because of her no nonsense approach to business and the respect she had earned among our members. Her service on the MEC board is testament to our members’ commitment to, and history of, utilizing the best of our area’s human resources to provide strategic direction and leadership to this cooperative and in support of the communities it serves.”

During her tenure on the board, she also held a two-year post as secretary of the Virginia, Maryland and Delaware Association of Electric Cooperatives (VMDAEC), and also served as its vice president. She resigned from both boards in 1987 when she remarried and moved to the northern Virginia area. Stan Duffer of Red Oak was then elected to represent the Charlotte County District on MEC’s board.

Those associated with MEC and other cooperative organizations mourn the passing of this revered leader.

“Mrs. Jackson was a person of tremendous integrity, with a keen mind, a great sense of humor and a passion to serve others,” Richard Johnstone, president and CEO of VMDAEC, said. “She was a very good businessperson as well, and quickly rose to leadership positions on the board of directors of our three-state association. Even though she left our association’s board almost 30 years ago, she is still remembered today, fondly and positively. That speaks volumes about her as a person and a leader.”