Statesmen get first win of 2016 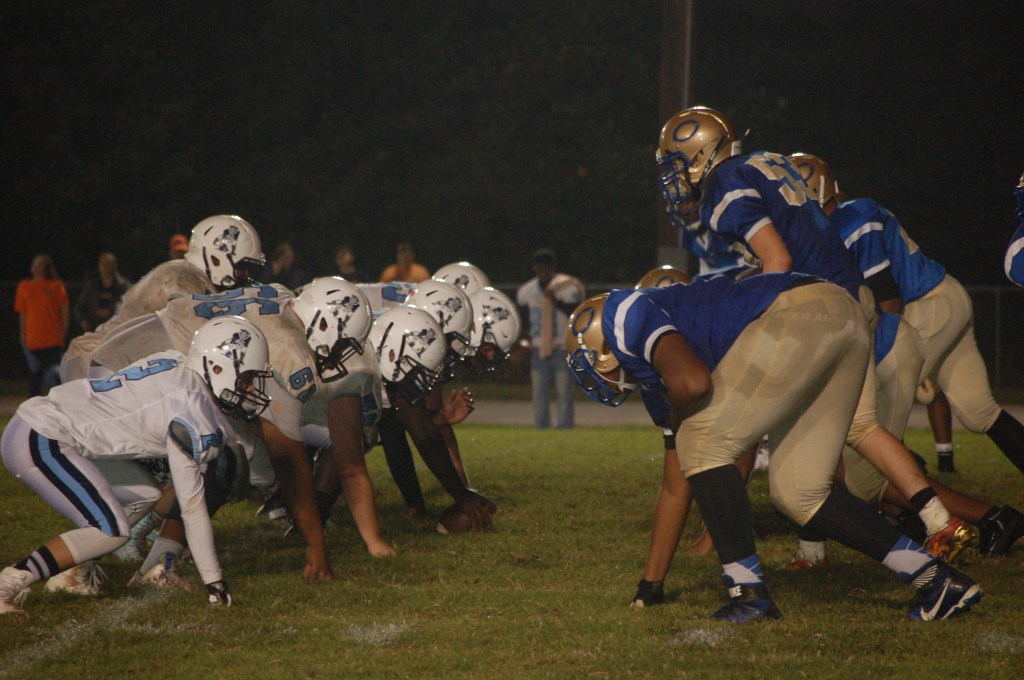 TITUS MOHLER | GAZETTE Randolph-Henry High School junior Hurley Noblin, No. 2 on left, junior Collin Vaughn, No. 66 on left, and the Statesmen get ready to clash with host Cumberland High School before a play on Friday night. The Statesmen never trailed the Dukes on the way to their first win of the season.

The Statesmen led 7-0 after the first quarter at Cumberland High School, 14-0 at halftime and scored two more touchdowns in the fourth quarter to spoil the Dukes’ homecoming by defeating them 28-6.

Randolph-Henry improves to 1-6 this year.

“Wins do good things for you, things that nothing else can do,” Randolph-Henry Head Coach Mark McPherson said. “It’s nice medicine, and we needed it.”

Senior Chris Powell helped give the Statesmen their 7-0 lead less than halfway into the first quarter when he ran for a 64-yard touchdown on 4th-and-3.

Near the end of the second quarter, a 58-yard run by Powell and his subsequent 19-yard run helped set up an 8-yard touchdown run by junior Tremaine Pugh.

Cumberland scored its only touchdown of the night with 11:44 remaining in the fourth quarter to make the score 14-6, but it could not score on the two-point conversion attempt.

Junior Tyrie Blow-Tydings was dominant in a later drive for the Statesmen, capping it off with a one-yard touchdown run in which he ran right over a defender to reach the end zone.

“I think, defensively, we played very well,” McPherson said. “We never let them get going.”

The Statesmen have a bye Friday, and they return to action Friday, Oct. 21, when they host Prince Edward County High School.

“We’ve got three more big games we feel like we can win that are winnable games, and we want to build on this (win),” McPherson said.