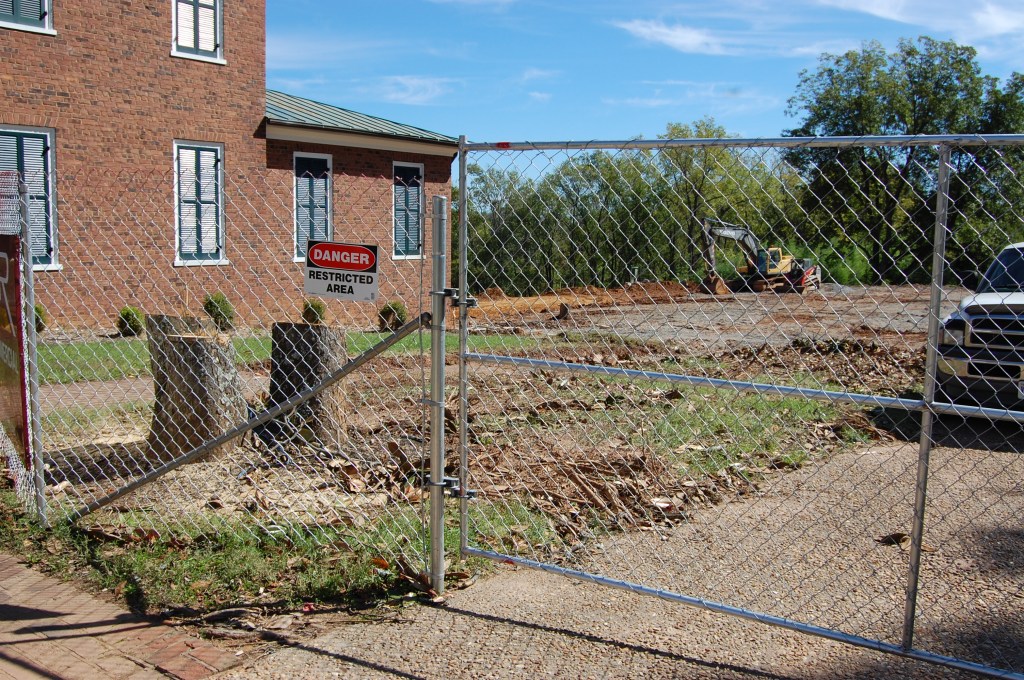 Construction on the Charlotte County Courthouse project has begun, and citizens received a  progress update at Tuesday’s Board of Supervisors meeting.

“Well, construction has started as people can see when they drive by now,” said Tim Burge, project superintendent for Skanska, the project manager for the $13.9 million renovation.

He said the former sidewalk and trees have been taken out and utilities are being prepared for installation.

According to an update report provided by Skanska Vice President and Regional Executive Curtis Elswick, “construction is underway as Blair Construction has mobilized their jobsite trailer, installed fencing and erosion and sediment control, removed trees and site lighting, located sewer lines, and is in the process of removing pavement and backfilling the site with suitable fill.”

In March, the Charlotte County Board of Supervisors announced Skanska USA Building Inc. would be hired as the project manager for the courthouse renovation. The firm was hired for $260,000 after submitting one of nine proposals received for the project by the board.

Charlotte County Purchasing Agent/Planner Monica Elder said at a March Board of Supervisors meeting that Skanska would be responsible for overseeing the project on site. Responsibilities would also include tracking expenses, tracking progress and coordinating between key players.

Burge said based on approval from the state Department of Environmental Quality (DEQ) on Thursday, a building permit was issued to Blair Construction on Friday. “They are now on the clock,” he said.

According to its website, Blair Construction has completed courthouse projects in Lunenburg, Halifax, Nelson and Bedford counties.

Additionally, the progress report said planning for furnishing, fixtures and equipment is  underway.

Burge said $53,628.27 has been saved to date on the project by utilizing eight purchase orders for owner-direct purchase materials.

“I already thanked Skanska for providing us with these updates . . . and I’ll thank you again in public,” said Cullen/ Red House Supervisor Nancy Carwile.

Burge said the project remains on schedule and has a substantial completion date set for Nov. 28, 2017.