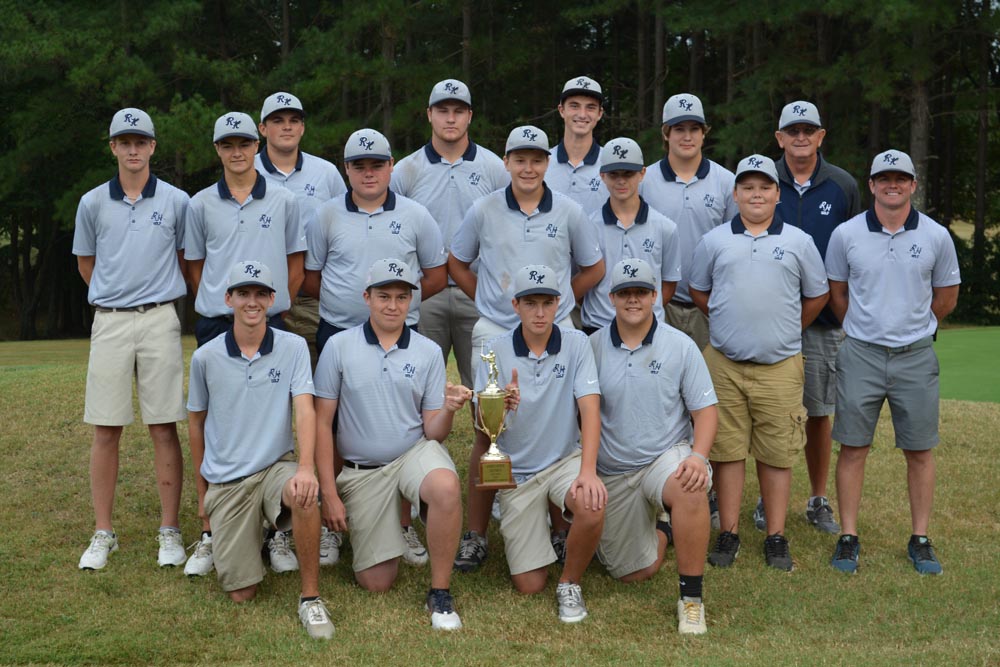 The Randolph-Henry High School varsity golf team reaffirmed its status as the top squad in the James River District on Thursday by winning a tri-match between the top three seeds in the district.

“Our entire team played great and everyone is playing with a lot of confidence,” Randolph-Henry Head Coach Kelly Powell said.

Matthew Myers led the Statesmen individually by shooting a two-under-par 34. George Thomas Sandridge and Nathan Towery each shot a 38, and Eli Moore shot a 39.

Randolph-Henry has a 23-0 overall record this season, 18-0 in the district. The undefeated district run pushes the Statesmen’s district win streak to 173.

In the last 23 years, Randolph-Henry has been district champion 20 times and has posted 363 wins.

In their history, the Statesmen have laid claim to five regional championships, and they clinched a state championship in 2005.