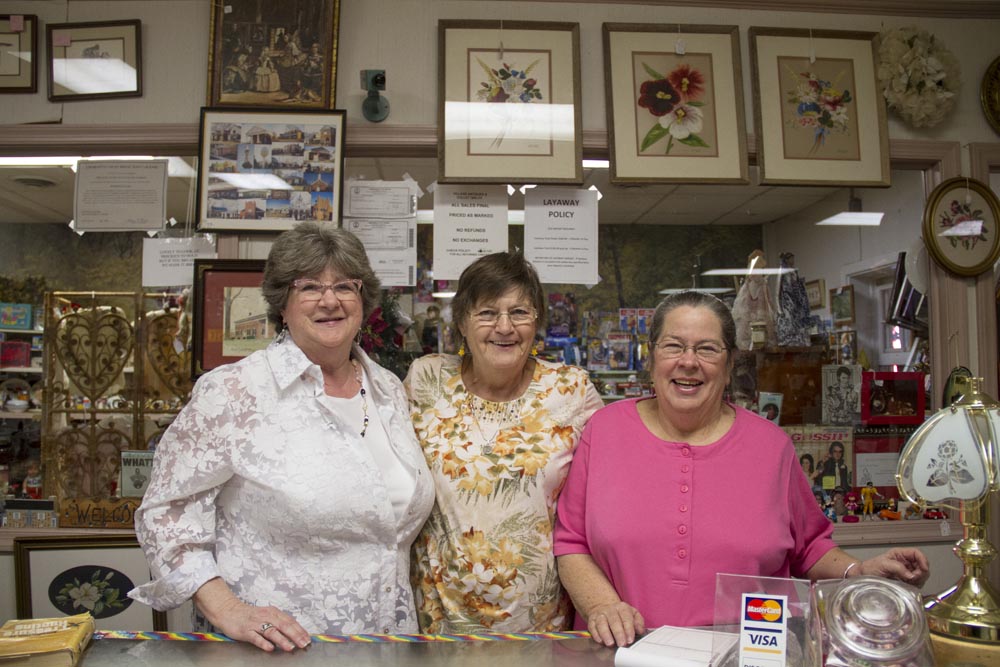 It’s not too late to celebrate Village Antiques and Collectables’ sixth anniversary.

The store, which first came to Charlotte Court House in 2010, will continue its celebratory event through the end of September.

Customers, from both near and far, are invited to visit the store. There’s something for everyone, said store owner Nancy Jefferson. The store can be found at 212 David Bruce Ave., just beside Court House Coffee and The Scoop.

The building, which once housed a gun store, is owned by Grace Moates. Jefferson said “if Grace Moates hadn’t been behind us the first year, we wouldn’t have made it.”

Men still wander into the store looking for bullets and gun supplies, but often they will stay when they learn that the store no longer sells gun supplies, said Jefferson.

They sell hats, teacups, jewelry and musical instruments, among other things. One step in the store and you know you will be there a while, exploring the section of old toys in the front room or glancing through magazines in the back.

“We try to have stuff in here to help the community,” she said. They have books from local artists available, Jefferson said, as well as cards with Charlotte Court House buildings painted on them. In the front, customers can find flags that have been made from tobacco sticks available for purchase.

Marston said the store is a part of the community. “We want people to feel comfortable.”

The store offers opportunities for customers to put items on hold for up to a week, if they just aren’t ready to buy it at the time of their visit.

“She will bend over backwards to make something work for a person,” Pettee said about Jefferson.

Though Jefferson and her employees have tried to determine what sells the most in their store, there’s no way to know for sure, said Marston.

Jefferson attends auctions to find many of the items she sells in her store, but also buys items from people who want to get rid of them. She also provides vender space in the store. For $50 a month, individuals can sell their antiques or collectables in the store.

“We’re not the Salvation Army, but we’re not Dollar General,” Marston explained, though they do sell a variety of items.

What makes this store different from other antique stores? “The hospitality,” Jefferson said without hesitation. She and her employees work hard to make the store’s atmosphere one that is welcoming. “They can browse, they don’t have to buy nothing, just come and look,” Jefferson said.

She explained, “In this business, you come in because you love it.”