The business of Cards 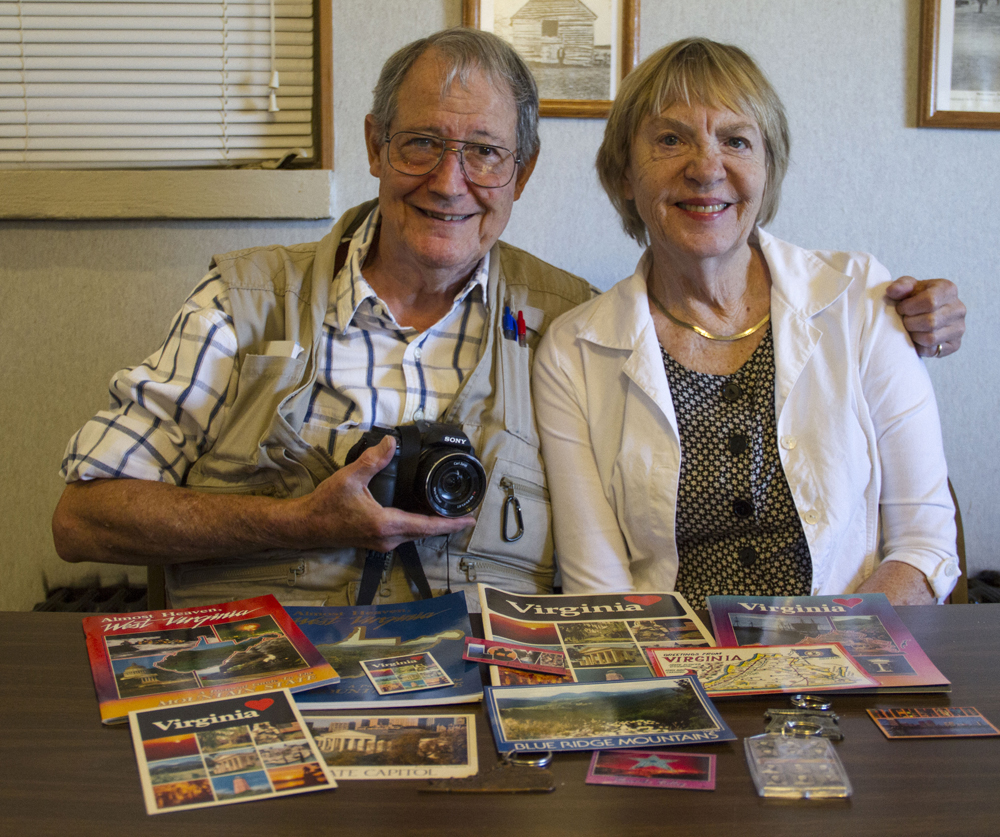 Photo by Carson Reeher Ron and Linda Card pose with some of the postcards and souvenirs that they sold during the 25 years they owned Cards Unlimited Inc., a souvenir postcard business.

“I put Keysville on the map. You wouldn’t find Keysville on any other map, but I put it on that one,” said Ronald Card regarding a hand-drawn postcard depicting a map of Virginia.

“Greetings From Virginia,” boasts the postcard, created by Card. It was sold across Virginia, along with other postcards created by Card and his wife, Linda. For 25 years, the couple owned and operated Cards Unlimited Inc, a souvenir postcard business, based out of Keysville. 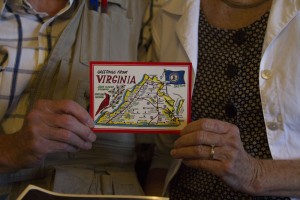 Photo by Carson Reeher
Ron and Linda Card hold one of their postcards which depicts a map of Virginia which Ron Card drew. A closer look shows he included Keysville on the map, a fact he is proud of.

Before starting the business, Ron was a photojournalist for Dade County Parks and Recreation Department and Linda, a North Carolina native, was working in Miami, Fla., as a dispatcher for the Florida Department of Law Enforcement. Both loved photography, Linda as a hobby and Ron as a job.

The pair met and married in 1975 in Miami, but soon after moved north, seeking a couple of acres of land and a house. They wound up in Charlotte County.

“We didn’t know what we’d be doing, so our real estate lady suggested going to Farmville to see Warren Nelson and it just so happened he had an old post card business that was kind of run down that he wanted to sell,” Ron said.

He said they bought the business and gained priceless expertise from Nelson.

“We expanded, and in a few years, we covered the entire state of Virginia with postcards and from there it grew and grew.”

Linda said it was a risk but, “we were in. You don’t mind taking risks when you’re in.”

“It’s kind of spontaneous. One of those things that just fell into place,” Ron said.  Linda agreed.

The business that began so impulsively became the only statewide postcard distributer with millions of postcards sold annually. The pair created guidebooks, keychains, magnets and decks of cards in addition to their postcards.

They had postcards with images of cities across the state, as well as state-themed cards featuring themed imagery, such as the state flag, flower and map.

This was before the age of digital cameras and computers. The couple shot all their photographs with film cameras and tripods. It was an adventure, Linda said. They would camp out all night to catch the best sunrise scenes, or wait all day for a beautiful sunset picture.

The pair said they worked enough during the 25 years that it felt like 50 years. In 2000, when a customer offered to buy the business from them, they complied, happy to give retirement a chance.

Now they live in a house in Abilene with two cats and one dog.

Ron still brings his camera with him everywhere he goes — a trait left over from his years as a photographer.

The only difference since their postcard days is the couple has switched to digital. They take their camera with them on trips out of the country as well as across the U.S. Most recently, the pair has been to the Czech Republic, Scotland, Ireland, Switzerland, Amsterdam and the Dominican Republic, but they always return back home to Charlotte County.

Ron said, “We just love Charlotte County. We love the people, we love the tranquility. We had lived in cities before, but we moved to a rural area, and man, that’s it. That’s the way of life.”