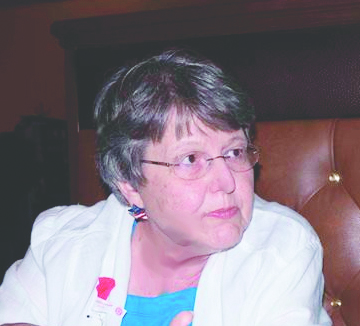 Charlotte County has seen economic and industrial growth during the last 10 years and since the recession of 2008.

According to data compiled by the county administrator’s office and Carwile, the number of businesses and industries grew by almost 8 percent between 2010 and 2015. The number of employees grew by more than 6 percent during the same time period.

Carwile said the compiling of the data — which shows a “gradual comeback” since the recession in 2008 — comes as the county works to update its comprehensive plan.

The data was pulled by the county and Carwile from state and federal agencies and reports.

“We’ve been working on the comprehensive plan, so what I did was go back to previous comp plans and pull their data …,” Carwile said. “I was mainly trying to see what had happened since the recession in 2008.”

According to Virginia Employment Commission data, since the fourth quarter of 2012, 59 new businesses have opened in the county.

Unemployment stood at 10 percent in 2010 in the county, data shows. The number has declined annually to 5.7 percent for 2015 — higher than state and national averages.

According to Carwile and the county’s data, health care and social assistance establishments have increased from 15 in 2005 to 76 in 2015. Transportation and warehousing establishments increased to 35 in 2015 from 24 in 2005.

“The government doesn’t create jobs,” she said. “I think it goes to the people who are putting themselves out there and creating these businesses,” she regarding the growth. “When somebody’s interested in Charlotte County, we work with them … I attribute it to the people (who) are starting businesses and the people who patronize, you know, (buying) local.”

More people are also employed in the health care and social assistance fields in the county; 230 people worked in the industry in 2005 compared to 349 in 2015. Those working in administrative support, waste management and remediation increased from 22 in 2005 to 37 in 2015, according to the data.

Not all industries and occupations have shared in the economic uptick. The number of construction establishments fell from 32 in 2005 to 15 in 2015. Employees in the construction field fell to 77 in 2015 from 171 in 2005.

“We’ve lost some large businesses, you know, some industry … People fuss, they always do in every county, and say, ‘Oh (the board’s) not doing anything to attract business.’ Well, that’s difficult because you are competing with every other county. In fact, you’re competing with the whole United States. So, you have to bring business in … We’ve had some success with the Tobacco Commission and so forth, but I still attribute it to the people. The people who have faith and step out and start these business and hire folks.”

“We don’t have a driver like Longwood (University). When Longwood started expanding, Prince Edward’s expanding. But, our (driver) has got be the people who want to start a business here,” she said.

“It takes the people to create the jobs,” Carwile said.