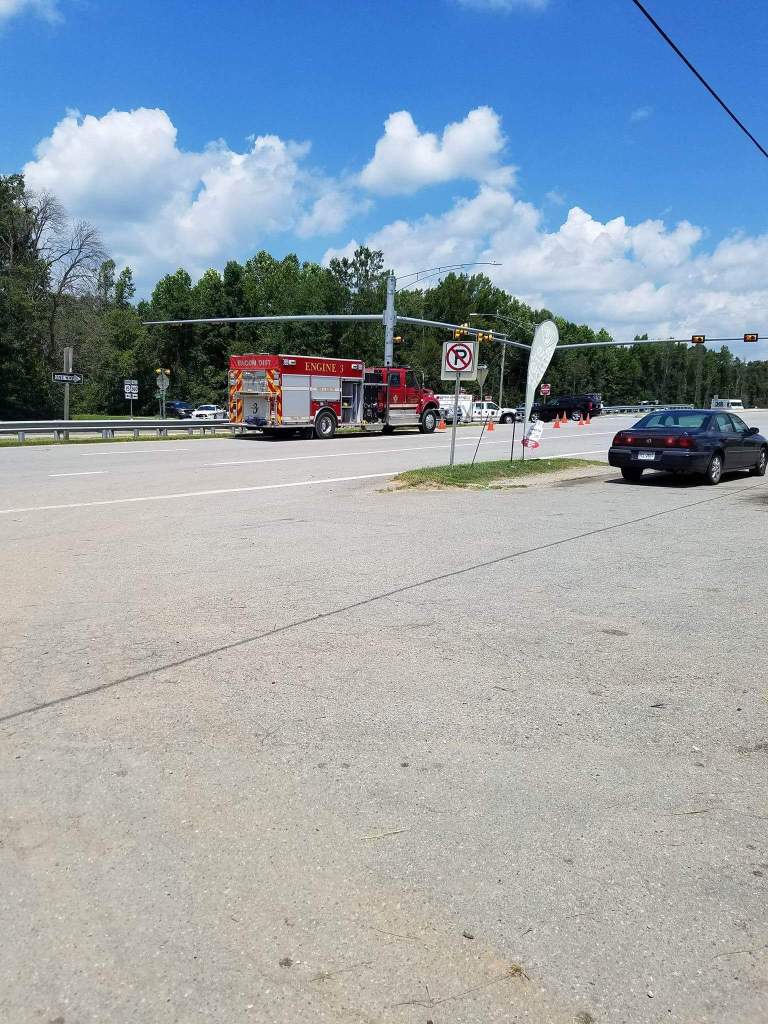 Volunteers from Meherrin, Drakes Branch and Bacon District volunteer fire departments, along with other agencies, responded to the crash at Crafton’s Gate.

Two people were injured in a two-vehicle crash Friday at Crafton’s Gate in Charlotte County.

“At 12:33 p.m. … Virginia State Police responded to a two-vehicle crash at the intersection of Kings Highway and Crafton’s Gate,” said state police spokeswoman Corinne N. Geller. “A pickup truck and a motorcycle collided in the roadway.”

“Ms. Mann had stopped at the stop sign on Route 47 south where it intersects with Route 360, and, as you know, that intersection has been quite controversial,” Gregory said, “and there was another vehicle, she stated, that was sitting somewhere in one of the turn lanes or waiting to proceed.”

Gregory said Mann said she looked both ways and the driver of the other vehicle motioned for her to proceed through the intersection “and the next thing she knew something hit her on the side in the vehicle. It ended up being the motorcycle that had struck her. …”

Charges are pending in connection with the crash, he said.

Crafton’s Gate — the intersection of routes 360 and 47 — has been the scene of numerous crashes over the years. During the Aug. 9 board of supervisor’s meeting, the Virginia Department of Transportation announced the intersection would see the installation of a stoplight in the near future.

“This is a prime example of why the stoplight is needed,” Gregory said. “And we’re very happy that VDOT made that decision to go ahead and install a stoplight there. People are (confused). Somebody’s waving to her to come on, proceed, you know. Nobody wants to go, nobody wants to make the first move. If you have a stoplight, it makes the decision for you, and you avoid situations like that.”