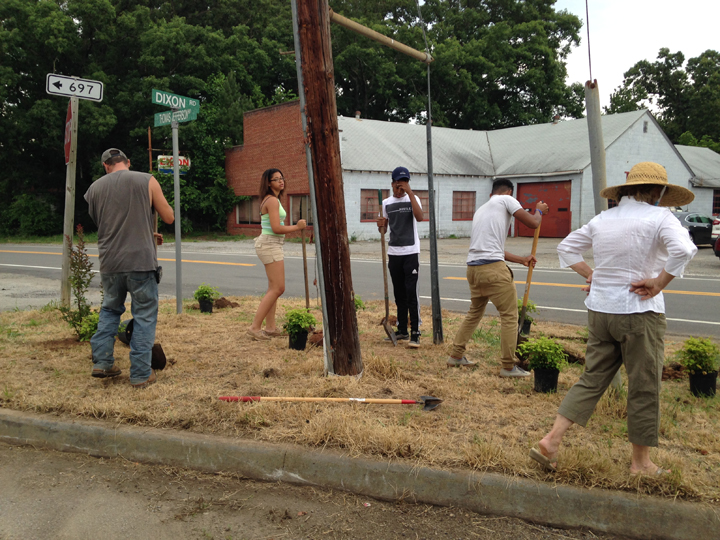 The club was awarded a $1,000 “Keys to the Future” Youth Grant from the Virginia Federation of Garden Clubs, which provided the funding for the project. Club members and citizens worked with youth to transform two unsightly weed infested medians into delightful gardens. 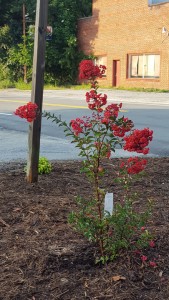 Several varieties of flowers were planted during the Cullen beautification.

The plan included the installment of flora that would not interfere with the vision of drivers entering the intersections. VDOT was asked to clean the bridge near the intersections, and trim and spray unwanted grass and foliage around the bridge and guardrails. They also removed excess dirt from curbs.

In addition, committee members secured approval of the project from Dominion Power Co. to ensure safety around existing power poles.

The plan called for clean-up of businesses and the post office; the committee solicited community assistance in completing all stages of the project, including future maintenance.

The main focus of this project was to teach youth to identify and incorporate each step in the planting process in order to produce a successful and aesthetically pleasing horticulture project and to appreciate the value of being a good citizen in the community.

Motivation of youth through understanding, encouragement and praise was a major component of the endeavor. 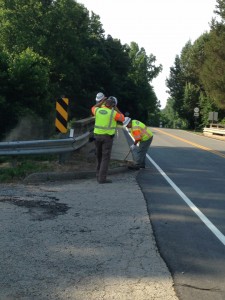 Teams worked first to weed eat and spray unwanted vegetation. Then they tilled the soil and installed ground cloth with pins to prevent future weed growth. The next step involved color-coded spray painting on the ground cloth to indicate the layout for specific plants in the garden. Each painted spot was then cut in a crisscross to provide an opening for each plant installation. Over the course of two days, they planted two crepe myrtles, 40 Lariope plants, 25 Stella D’Oro lilies and 41 Fire Power Nandinas. Finally, mulch, donated by a citizen, was spread on the gardens. Each step of the process involved supervised “hands-on” learning for the youth.

During the three days of preparation and installation, grant funds supplied beverages, snacks and lunch for workers. Hoses and sprinklers purchased with grant funds were used to irrigate the new plantings, sometimes twice daily during the extreme weather. Two residents supplied water sources, and the Cullen Volunteer Fire Department watered the beds.

The Red Hill Garden Club members wished to thank everyone who helped to make this proposal turn into a reality. It is a “dream come true” indeed, they said.

“With continued community support, the Cullen Village should be lovely for many years to come.”