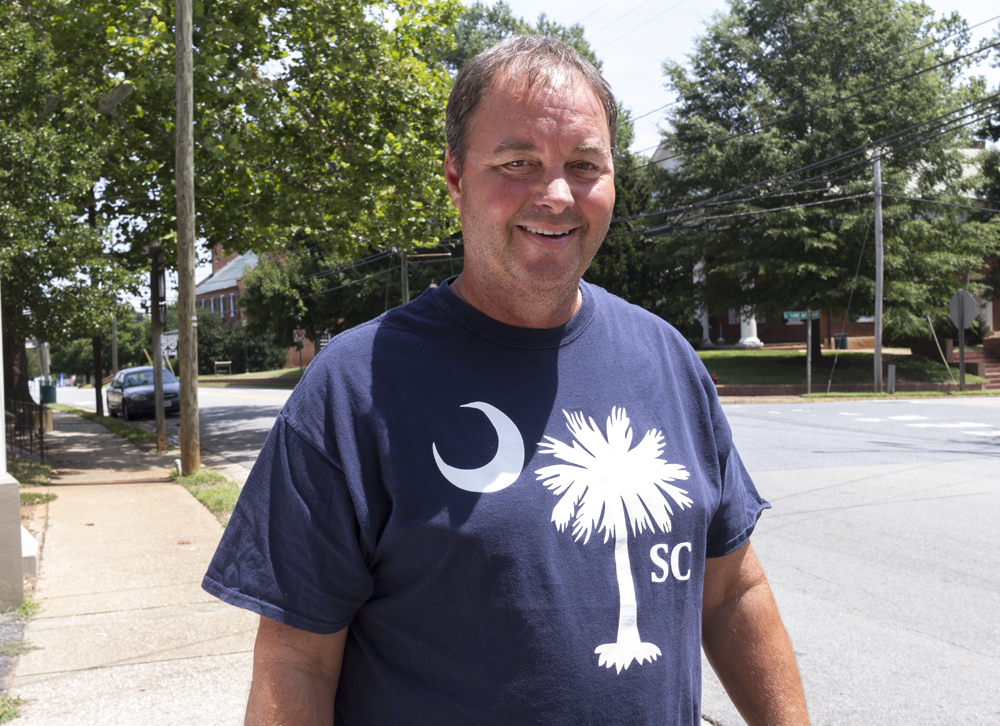 Stephen Walker is a part-time ice cream scooper, a full-time history instructor and in the midst of his fourth term as the mayor of Charlotte Court House.

Walker has lived in Charlotte Court House all of his childhood and for much of his adult life. While he did leave to pursue an undergraduate degree at Longwood University and a graduate degree at Virginia Commonwealth University, he wasn’t gone long.

“A lot of people can’t wait to leave,” Walker said. “We were one of the lucky ones who figured out a way to stay. We came back here, my wife and I did, when we got married.” They have been back for 27 years. “It’s been fun,” he said.

Walker is married to Cindy Child Walker, who works for the Charlotte County Library. Together, they have three children two daughters and a son.

In between family life and mayoral roles, Walker finds time to teach history full time at Southside Virginia Community College (SVCC). He started with SVCC in 2003. Before that he taught at Randolph-Henry High School.

“I stay busy,” Walker said of juggling his many roles on a daily basis.

Walker explained he believes it is important for everybody to be involved in their community “to try to make things better for the next group that’s going to come along.”

It was for this reason that Walker got involved with the Charlotte Court House Town Council.

He lost his first election, he said. “I ran again for council and was fortunate enough to be elected.”  Walker served as a town council member for four years before deciding to run for mayor.

In 2002, Walker was voted in as mayor and has kept the position since.

“What’s kept me involved is there’s a lot of stuff going on that we need to do and upgrade,” said Walker. “I’ve enjoyed being a part of that. We’ve had three really major projects going on and we’re currently in a fourth major project now with one more to come.”

One of the projects, he mentioned was the $3.5 million water system upgrade. Walker noted this as one of his triumphs as mayor.

Another triumphant project, Walker noted, is the ongoing $700,000 sidewalk construction.