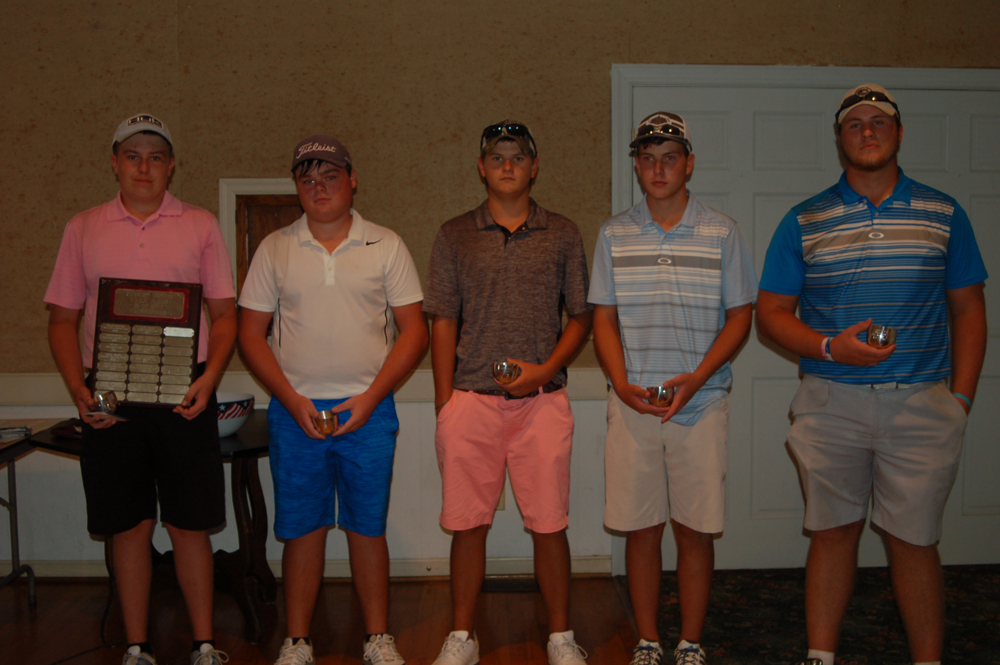 Matthew Myers created some déjà vu of the best kind at Lunenburg Country Club on Thursday when he repeated as the champion of the boys 16- and 17-year-old division in the Piedmont Virginia State Golf Association (VSGA) Junior Golf Championships.

“It meant a lot,” Myers said. “But the golf kind of takes a back seat because there’s so many great people, and I knew that this was my last year, and I kind of wanted to focus in on that more than the golf, anyway.”

He was pleased with his play on Thursday, though, as he shot a 37 in the nine-hole round, winning by four strokes.

“I’d played at that course before, and it’s a pretty difficult course, so I knew it was going to be tough to get around,” he said. “My ball striking was pretty good, for me, anyway. The putting wasn’t too hot, but I hit the ball well enough to get around.” 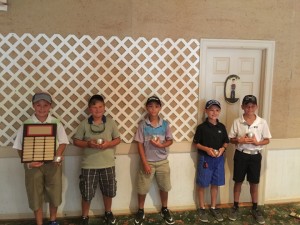 He said he has been averaging around a 36 in recent play.

Myers, who has been playing golf since he was 10, will be wrapping up his high school golf career at Randolph-Henry this fall.

He was part of a talented group of golfers competing Thursday who were from Briery Country Club (BCC) in Keysville, accompanied by the club’s president, Larry Dunn.

“Most of them did pretty well,” Dunn said, but added that the course was fairly new to some of them. “You have to play it a lot to score well, but my older guys handled it better than the younger guys. They just haven’t learned the nuances of the course yet.”

Led by Myers, BCC golfers dominated the boys 16- and 17-year-old division as Nathan Towery tied for second with a 41, then won second outright in a playoff. Gunnar Lacks placed fourth with a 42, and Evan Mason placed fifth with a 43.

In the boys 10- and 11-year-old division, BCC golfer Austin Queensberry tied for first with a 51, finishing second after a playoff.

Briery Country Club will host the first high school golf match of the 2016 season for Myers and the rest of the Randolph-Henry boys varsity team on Aug. 9 starting at 3:30 p.m. The Statesmen will take on Prince Edward County High School and William Campbell Combined School.