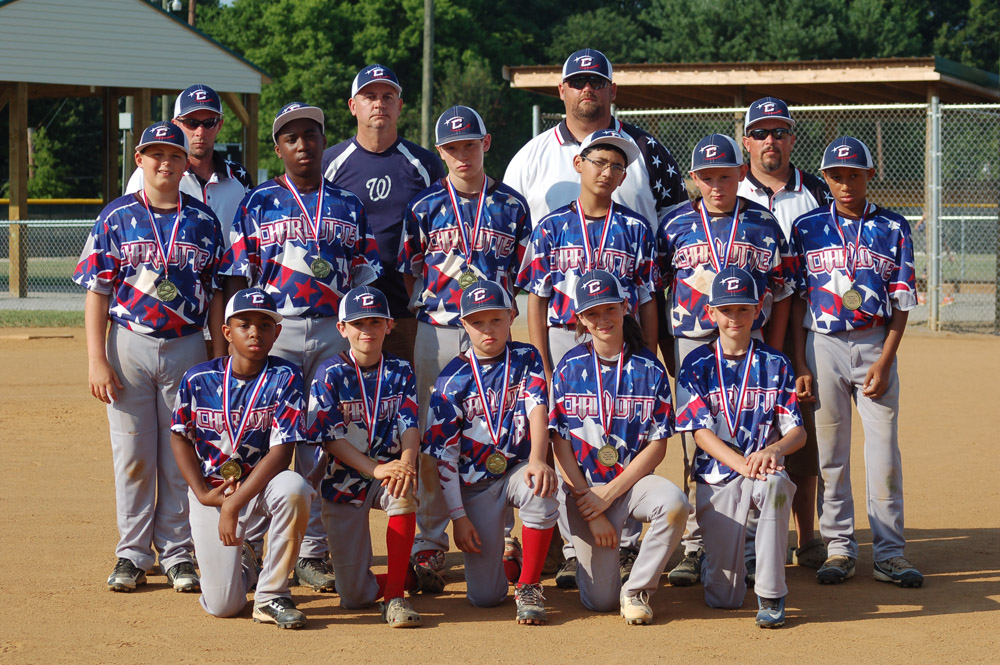 The boys were eliminated from competition on Saturday with a 16-6 mercy rule-shortened loss to Dinwiddie American.

Dinwiddie American took a 3-2 lead after the first inning and expanded it to 8-3 after the second. Following a scoreless third, Charlotte’s Airyon Brodnax closed the gap to 8-5 with his second home run of the tournament.

That was as close as Charlotte would get, however, as Dinwiddie American piled on five runs in the bottom of the fourth and got the three it needed in the fifth to bring the mercy rule into effect.

“We gave up some shots we shouldn’t have given up, but at the same time, they’re kids,” Rapole said. “They’re 11 and 12 years old, and if they give you all they have, that’s all you can ask for.”

The Charlotte All-Stars lost their opening game of the tournament 9-6 on Friday to the Dinwiddie National All-Stars, who were undefeated entering Tuesday evening’s championship game against the Prince Edward-Farmville Youth Association All-Stars.

During the tournament, Charlotte featured a variety of players on the mound, including Brodnax, Hunter Rapole, Triston Long, Sully Jones and Kaimyus Clark.

Producing exceptions to Charlotte’s hitting struggles on Friday were Brodnax and Long, who each hit homers.

Appreciating the opportunity to manage the team, Rapole said, “I enjoy being around the kids. I hope next year’s a better year for Charlotte County baseball, and I see it getting bigger and better.”