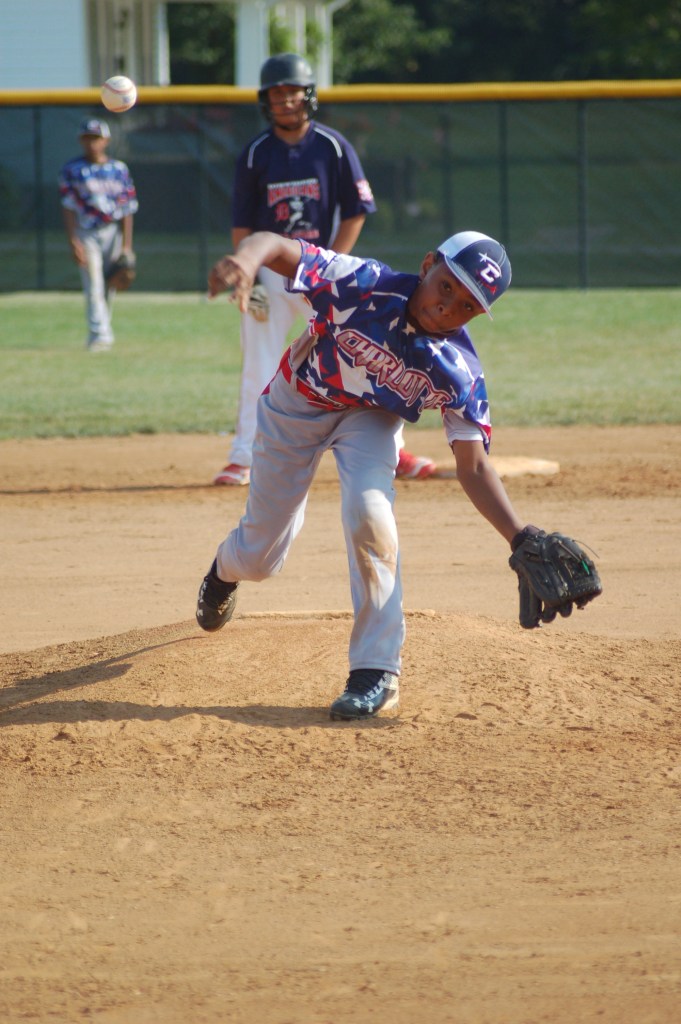 The boys were eliminated from competition on Saturday with a 16-6 mercy rule-shortened loss to Dinwiddie American.

Dinwiddie American took a 3-2 lead after the first inning and expanded it to 8-3 after the second. Following a scoreless third, Charlotte’s Airyon Brodnax closed the gap to 8-5 with his second home run of the tournament.

That was as close as Charlotte would get, however, as Dinwiddie American piled on five runs in the bottom of the fourth and got the three it needed in the fifth to bring the mercy rule into effect.

The Charlotte All-Stars lost their opening game of the tournament on Friday to the Dinwiddie Nationals.

During the tournament, Charlotte featured a variety of players on the mound, including Brodnax, Hunter Rapole, Triston Long, Sully Jones and Kaimyus Clark.

Producing exceptions to Charlotte’s hitting struggles on Friday were Brodnax and Long, who each hit homers.