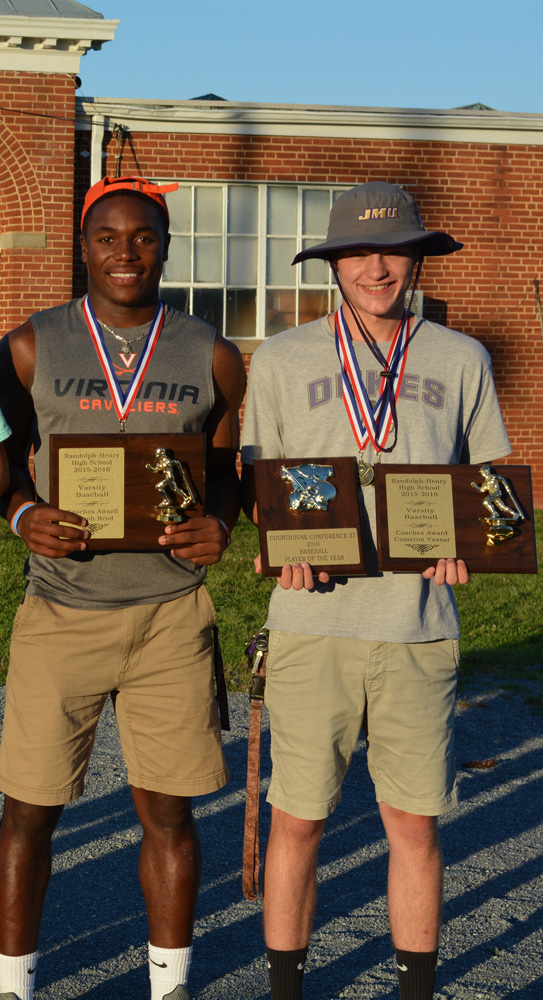 There has been much reason this year for accolades directed toward players in the Randolph-Henry High School baseball program.

“It wasn’t surprising to me,” Statesmen Head Coach J.R. Allen said. “I had a good feeling that they would both make the squad.”

Randolph-Henry finished the season with a 20-3 record, won its second Courthouse Conference 37 Tournament championship in three years and advanced as far as the Region 2A West Tournament semifinals.

Vassar was a key part of this effort, both on the mound and at the plate, making the all-state first team for the first time in his career.

“He was the Player of the Year in the region, which my understanding is he’s automatically first team all-state, but he’s also deserving of that award, as well,” Allen said. “He had a fantastic season on the mound — 7-0, over a hundred strikeouts, a no-hitter, gave up very few runs. So, he was one of the best in the state.”

On offense, he ended up with 38 hits, including 20 singles, 12 doubles, two triples and four home runs. He had 30 runs batted in, 17 runs scored and four stolen bases.

Expected to pitch in college for James Madison University, Vassar was named first team all-region this year, first team all-conference as a pitcher and second baseman and he was named the Conference Baseball Player of the Year.

He was also one of five players to receive the 2016 Coaches Award for the Statesmen, joined by fellow seniors Reed, Tyler Amos, Grayson Crawford and Colton Osborne.

This was the third straight year Reed has made the VHSL all-state first team. “His name’s been out there for years,” Allen said. “He had good stats, so that helped out, as well.”

This year, Reed had a .538 batting average, recording 35 hits, including nine doubles, three triples and two home runs. He had 16 RBI, 38 runs scored and 32 stolen bases. He also had a perfect fielding percentage, playing error-free defense.

He has also been named to the 2016 all-region first team and the all-conference first team.