Brogdon honored with service of appreciation 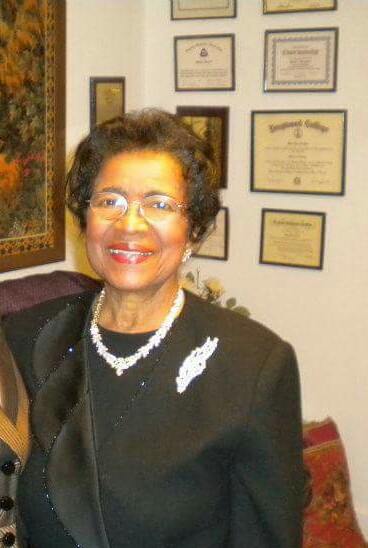 Brogdon was the center of attention as individuals from near and far gathered for the service of appreciation to honor her life of service to children, church and community. Brogdon began teaching in 1952, and enjoyed a distinguished 39-year teaching career. She spent 33 of those years in dedicated service to Charlotte County Public Schools (CCPS).

“There is one word that sums up these accolades…and that is excellence,” said the tribute written in Brogdon’s honor. “In a world where being ‘good’ is good enough, Mrs. Brogdon has been an example of what it means to expect and to give more,” the tribute continued.

Although Brogdon retired in 1991, many former students attended and participated in the service of appreciation, showing the lasting impact she has made on hundreds of lives.

Brogdon was also recognized for her humble and dedicated service to Shiloh Baptist Church. Noted as a woman of faith, Mrs. Brogdon has served in a number of capacities including Youth Ministry Coordinator, Vacation Bible School Teacher, Missionary Ministry, and Church School Teacher to name a few.

Several speakers praised Brogdon for her support of the church and its programs stating, “No matter whose program it is or whose the sponsor, Mrs. Brogdon attends and shows her support.”

Finally, Brogdon was honored for her service to the community through active participation in numerous organizations and serving on several boards of directors.

Numerous individuals from all walks of life shared memories and anecdotes about their interactions with Brogdon and the impact she has made on their lives.

At the end of the service, Brogdon provided remarks extending thanks and saying the afternoon had been a real boost.