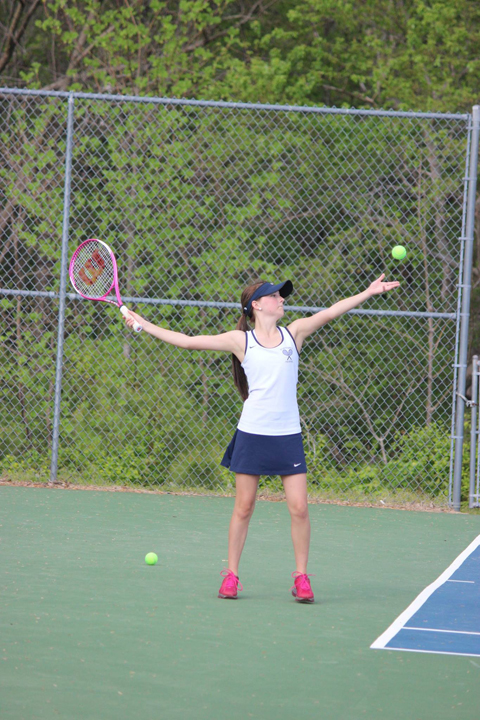 The Randolph-Henry High School varsity girls tennis team achieved another season goal when it posted a 6-3 victory over James River District rival Goochland High School on Tuesday, May 4, on their home courts in Charlotte Court House.

The last girls tennis win by Randolph-Henry over the Lady Bulldogs was in the 2014 season.

In exhibition play Eliza Walker posted a strong 6-1 win while Grace Reynolds/Tyler Whirley ended their battle in a 4-4 tie due to time constraints.

Due to multiple rain postponements, the Lady Statesmen will be back in action on an altered schedule Wednesday at home against Buckingham and on Friday on the road against Appo