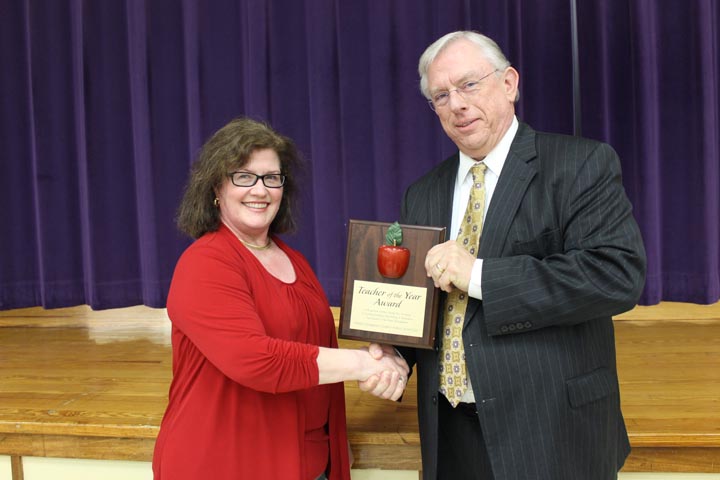 Melody Ramsey, librarian at Prince Edward County High School, was selected as Prince Edward County Public Schools Teacher of the Year from a pool of six candidates, two from each of the three PECPS schools who were nominated by their peers. Candidates then wrote essays, which were judged anonymously. Ramsey has been with PECPS for three years. She will go on to the regional level of the Virginia Teacher of the Year competition. She is a graduate of Prince Edward Academy, with a bachelor’s from Longwood College, master’s of education from Lynchburg College and master’s of science from Longwood University. Ramsey is the daughter of Norris and Bonnie Ramsey, of Brookneal.