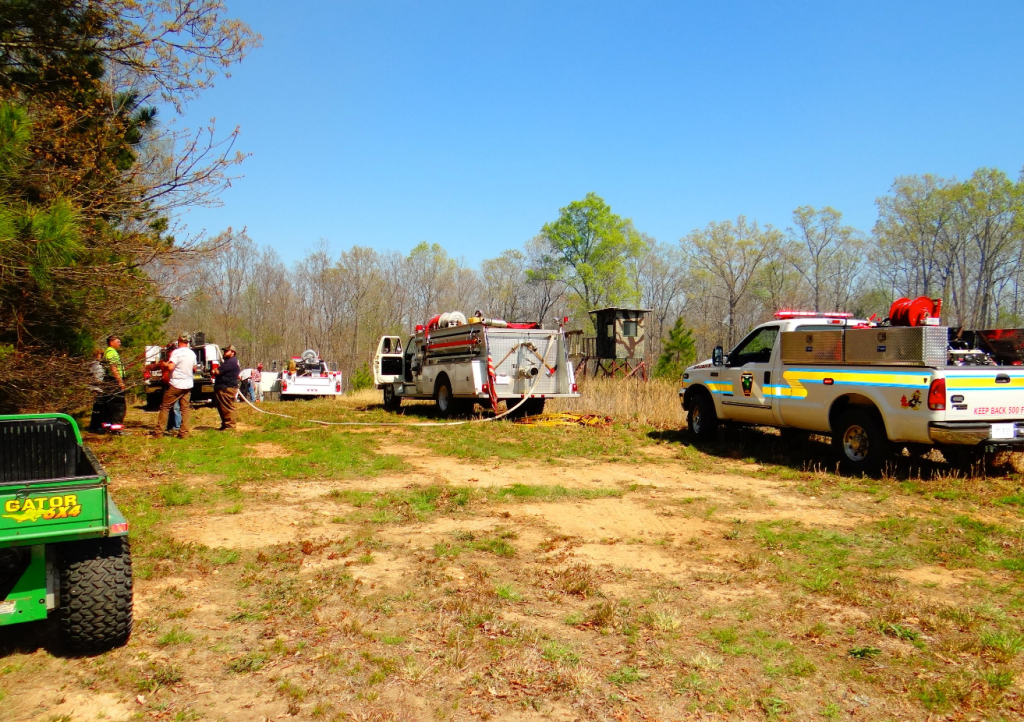 Cullen and Darlington Heights volunteer fire departments responded to a brush fire on Thursday in Abilene.

An apparent burning ember spewed by a passing Norfolk Southern coal train started a small, but fast-burning brush fire at about approximately 3 p.m. on Thursday along the tracks in Abilene.

There was no direct access to the scene of the fire, and fortunately a homeowner who lives on Penny Lane, off Abilene Road, had just arrived home and reported the fire to the authorities, who voluntarily provided the only access to the fire along the backside of his property which adjoins the tracks.

The fire was located between the two close-together railroad tracks just east of Abilene Road and was quickly contained and extinguished by the responding fire departments. Also present on the scene was the Forestry Department and Norfolk Southern rail equipment.

A Norfolk Southern employee at the scene reported that train-caused fires are not uncommon, especially when a train runs over tree brush on the tracks which are in turn heated up and ignited by the friction generated by the wheels.