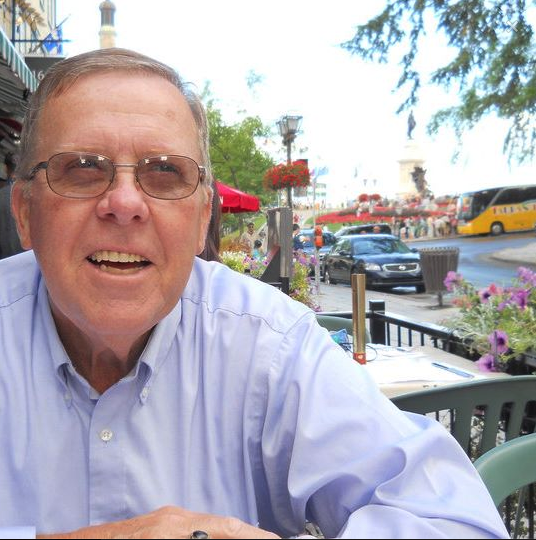 The Charlotte County community continues to reflect the life of Thomas Granville “Billy” Elder, who died on Saturday after battling cancer.

According to his obituary, Elder was an influential employee of Charlotte County Public Schools (CCPS) and boasted various titles over the years while working in the school system.

Elder worked as an educator at the elementary, middle and high school levels, in addition to serving in administrative roles throughout his career.

“He was an assistant principal there (CMS) when I started in 1983, and was the principal there for the next two years before I moved to (Randolph-Henry High School),” said Billy Catron, a Keysville resident who worked with Elder. “Billy was one of the calmest and easy-going principals I ever worked for. He was very positive and worked around conflicts with ease.”

Catron said Elder was a calming person who aided him greatly during his first years working as an educator for the division. Elder helped him to understand what was most important about education.

“He was a good man,” said former school employee Dave Guill. “We communicated a lot and were pretty close.”

Guill said he had known Elder for about 30 years and served as the principal of Eureka around the same time Elder was principal. He said Elder was very nice, cordial and easy to get along with.

Prior to retirement, Elder continued to serve the school system as personnel director for several years, said the obituary.

While Elder dedicated much of his life to fulfilling educational responsibilities in public education, he was influential in many other aspects around the county.

Elder served as a member of Madisonville Presbyterian Church and was a charter member of the Charlotte County Lions Club, according to the obituary.

“He enjoyed golf, fishing, a good Rook or Scrabble game, and traveling,” according to his obituary.

“Most of all, he enjoyed spending time with his family and friends.”

“He will be remembered for his wisdom, wit, friendliness to all and his love of people and animals, particularly his beloved retrievers.”

Elder leaves behind his wife of 41 years, Margaret Ann Jones Elder, a son, Nolan Garrison “Gary” Elder of Charlotte Court House, a daughter, Dr. Sarah Elder Fletcher and her husband, Zach of St. John’s, Fla., a granddaughter, Elizabeth “Eliza” Winfield Fletcher, and another granddaughter, Margaret Rhodes Fletcher, whose arrival is expected in May.

He is also survived by a sister, Jackie Scruggs-Dodd of Cullen, numerous nieces and nephews as well as great-nieces and great-nephews, and two special friends, Brant Acree of Wylliesburg, and Brenda T. Jarman of Cullen, according to his obituary.