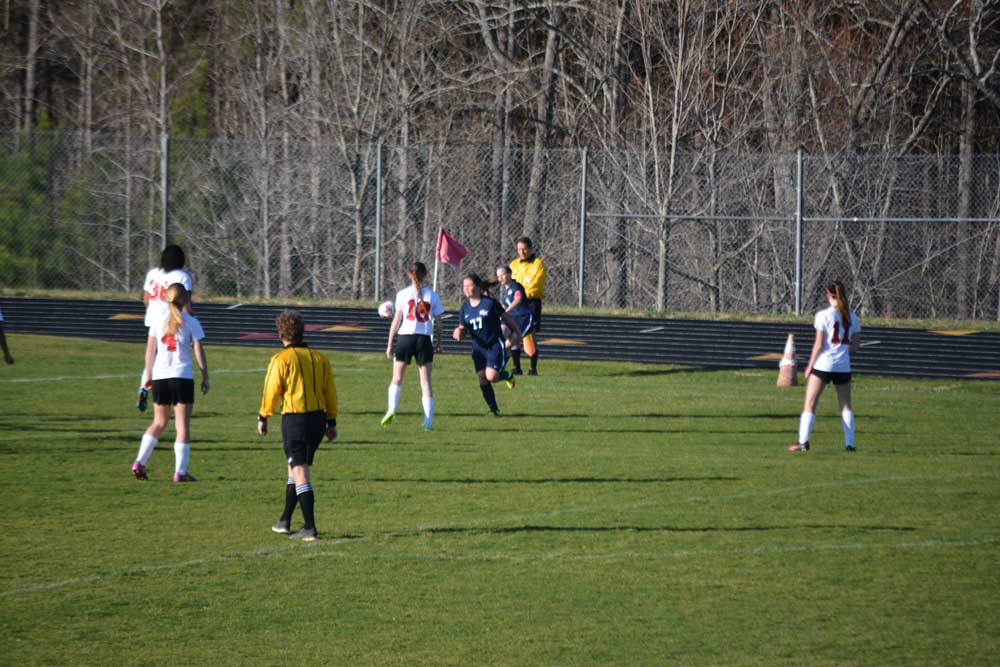 The score came on a corner kick in the first half of play. “The girls continue to improve each game setting up passes, defending the net and working together as a team,” said coach Penny Miles.

In the goal first half was Kallie Traylor, sophomore, and Ashley Jones, freshman, in the second. Both goalies, while young, made some impressive saves, said Miles.

Holding the defensive line were Brooke Stoots and Abby Michaelson along with Hailey Johnson and Krista Dotten. Sisters Najyyeh Westry and Rugayyah Westry substituted in on the defensive side of play along with Caitlin Lloyd. Sarah Grissom played the majority of the game in an offensive midfield role. Playing in predominantly offensive positions along with Newcomb were Kendal Tharpe, Ashley Lara and Ariana Errickson. Lexi Dickerson saw action as well.

“Our team is young with a majority of the girls being freshmen and sophomores,” Miles said. “Additionally there are five girls who have never played soccer.”

The Lady Statesmen will return to action on Monday at 5 p.m. when they travel to Cumberland High School.