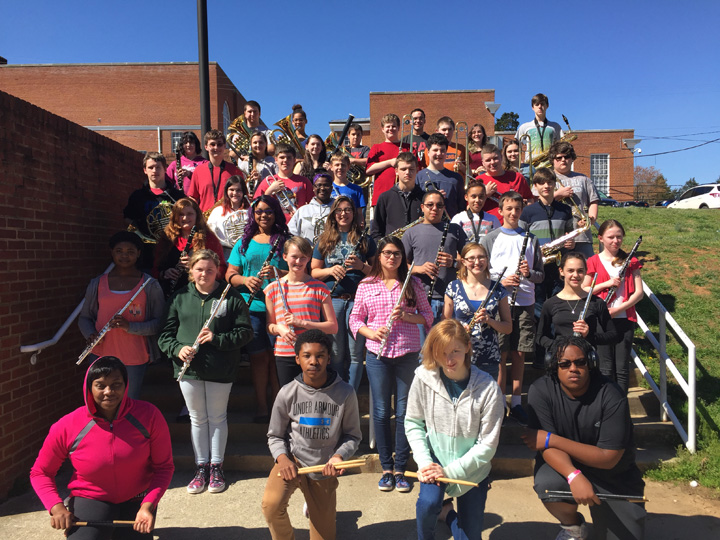 With the Symphonic Band’s superior rating, in conjunction with the Marching Statesmen’s superior rating earned this past fall at the State Marching Band Assessment, the Randolph-Henry band program has earned the prestigious title as a Commonwealth of Virginia Honor Band. The Virginia Honor Band Award is recognized as the highest honor that can be bestowed upon band programs by the VBODA. This is the fourth consecutive year that the Randolph-Henry band program has earned this honor