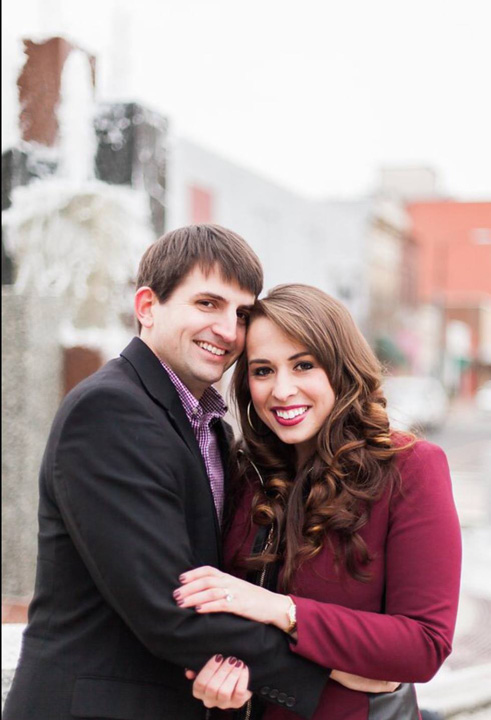 Daniel and Kim Cassidy of Goldsboro, North Carolina announce the engagement of their daughter, Ashley Lauren Kemp, to Harry Alwyn Dixon, son of Jerry and Cheryle Dixon of Cullen, Virginia. Ashley is the maternal granddaughter of Richard and Gayle White of Magnolia, Arkansas, and the paternal granddaughter of Jack and Arnette Kemp of Warner Robins, Georgia. Harry is the maternal grandson of Marie Metcalf and the late George Metcalf of Darlington Heights, Virginia, and the paternal grandson of the late Harry and Virginia Dixon of Cullen, Virginia. Ms. Kemp, a 2012 graduate of North Carolina State University and a 2015 graduate of the South Carolina School of Law, was admitted to the South Carolina Bar in November and currently serves as law clerk to the Honorable Steven H. John in Conway, South Carolina. Mr. Dixon, a 2005 graduate of Fuqua School and 2009 graduate of Hampden-Sydney College, is pursuing a Juris Doctor at the University of South Carolina School of Law and lives in Columbia, South Carolina. He graduates in May and will serve as law clerk to the Honorable Terry L. Wooten in Columbia, South Carolina, after sitting for the Georgia Bar in July. A November wedding is planned in Georgetown, South Carolina.