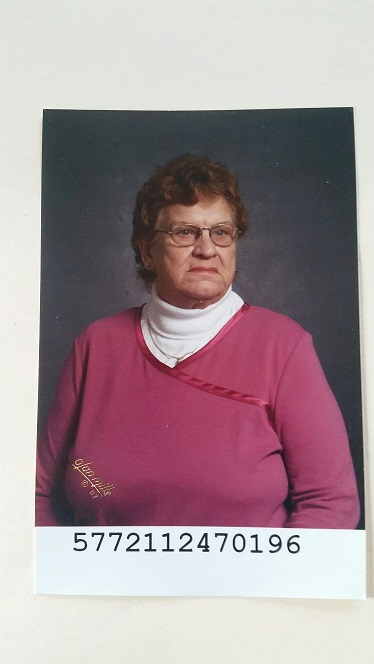 Elsa Martha Galler was born on February 11, 1932, to Michael and Elsa (Passauer) Galler, in Simplicity, Virginia.  She was brought to baptism as an infant and lived in Virginia until 1965.  She learned to milk cows and raise children at a young age.  Elsa was united in marriage to Sam Trammell in 1946 in Charlotte Court House, Virginia.  In December of 1965 she married Howard Yeske of Sparta.  She was confirmed as an adult in the teachings of the WELS church by Pastor H.W. Winkel.  Elsa loved being on the farm.  She was well known for her homemade bread and homemade sauerkraut.  She worked off the farm for over 18 year as a CNA at the Morrow Home in Sparta.  While working there she was voted CNA of the year, and CNA of the month several times.  The residents and staff loved her.  She also did home care for many of her neighbors and friends.

Elsa enjoyed spending time with her family and traveling with her sister Hilda.  She was a self-taught seamstress and took in sewing for enjoyment.  She taught herself to crochet and do crafts of all kinds.  She had a fondness for those who were suffering and willingly reached out to those in need.  She was a faithful member of St. John’s Evangelical Lutheran Church in Sparta and a member of St. John’s Ladies Aid, and a member of the CARE team.

Elsa was preceded in death by her parents; her sisters, Marie and Hilda and her brothers, Roland, John and Michael; her husband, Howard in 2008; great-granddaughters, Grace and Miracle Rausch in 2012; nieces, Francis Wilkerson, Julia First; and a great-grandson, Leo Jones in 2015.

Funeral services for Elsa were held Tuesday, March 15, 2016, 11:00 a.m. at the St. John Evangelical Lutheran Church, Sparta.  Pastor John Wessell officiated.  Burial, next to her mother, followed in the Cataract Cemetery at a later date.  Family and friends were invited for visitation from 9:00 a.m. until the time of service at the church on Tuesday.  The Torkelson Page-Smith Funeral Home of Sparta is assisting the family with arrangements.  Online condolences may be offered at http://www.torkelsonfuneralhome.com/.

“I have fought the good fight, I have finished the race, I have kept the faith.” 2 Timothy 4:7