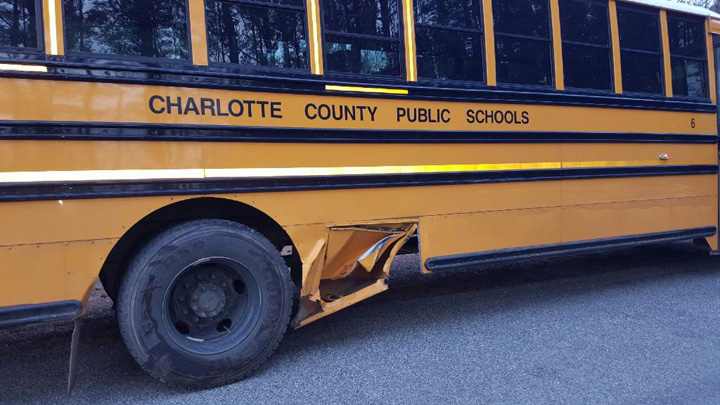 The bus that was involved in a minor accident on Monday.

On Monday, a Charlotte County Public Schools bus was involved in an accident resulting in minor damage.

According to Virginia State Police, a propane truck driven by George Toombs, of Red Oak, was preparing to back into a driveway off of Carrington Rd., just south of Rt. 15 in Red Oak. As the truck was backing off the roadway, a school bus attempted to pass. As a result, the school bus driven by Larry Gayles, snagged the front bumper on the truck.

There were no reported injuries, however, children were on the bus at the time. Gayles was charged with improper passing.