R-H presents ‘The Wizard of Oz’ 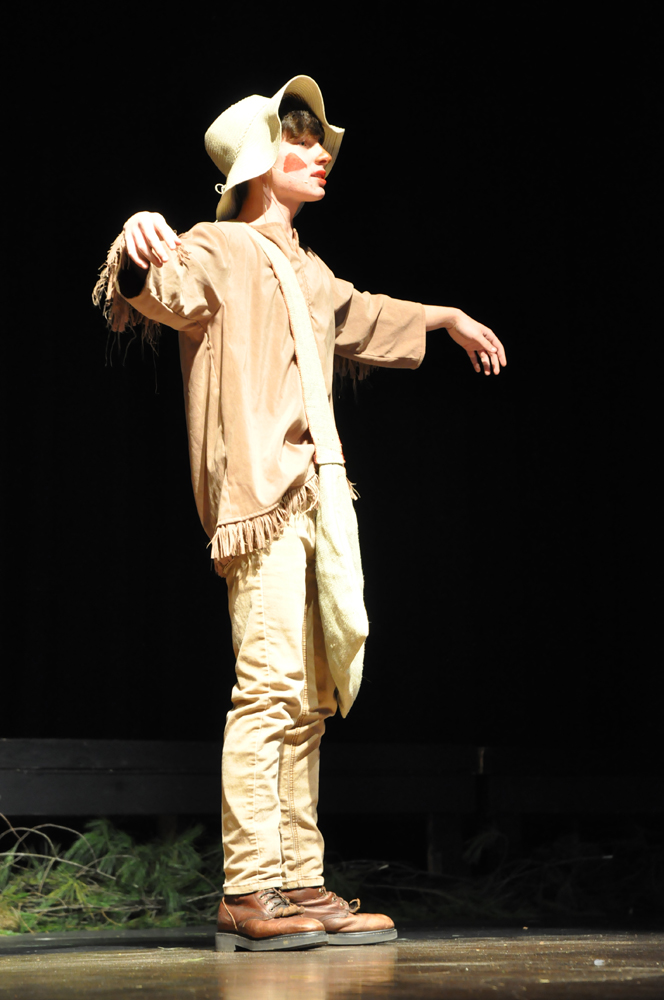 (Photo by Italia Gregory) Joey Kelehar played the scarecrow in Randolph-Henry’s production of “The Wizard of Oz.”

Randolph-Henry High School presented “The Wizard of Oz” in conjunction with students from the elementary and middle schools last weekend.

The production was based on the original novel by L. Frank Baum, according to information provided by Randolph-Henry’s Theatre Department.

The show was almost entirely led and produced by the students, said Randolph-Henry theatre teacher Deborah Ketchum. “The students created the costumes, the set and ran all of the equipment.”

The stage production chronicled the adventure of Dorothy, who is swept away in a cyclone along with her dog, Toto.

“I enjoyed it,” said theatre student Lizzie Powell.  She played the role of Dorothy in the production.

“It was fun working with them (the other actors),” she said. In addition, Powell said she was happy for the opportunity to interact with the Tin Man, Cowardly Lion, Scarecrow and Toto throughout the show.

“That was the best part, being a part of that group,” she said.

Information from the theater department said Baum’s “Wizard of Oz” was drawn from personal experiences.

“As a child, he had a recurring nightmare where a scarecrow chased him. Baum created a Tin Man window display for his store. Rockefeller was the enemy of Baum’s father, and the artist used Rockefeller’s face for the novel’s illustrations of the Tin Man as a private joke.”

The lead character, Dorothy, was named after a deceased niece of Baum’s wife.

“I couldn’t imagine ending my senior year in a better way other than spending it with my friends on the stage,” theatre student Adam Balmer said. During Randolph-Henry’s production, Balmer played the role of the Cowardly Lion.

The students pulled together a top-notch production after facing with lost rehearsal time due to inclement weather in February.

Ketchum said the future of theatre at Randolph-Henry is bright, because “The Wizard of Oz” featured 24 freshman students.