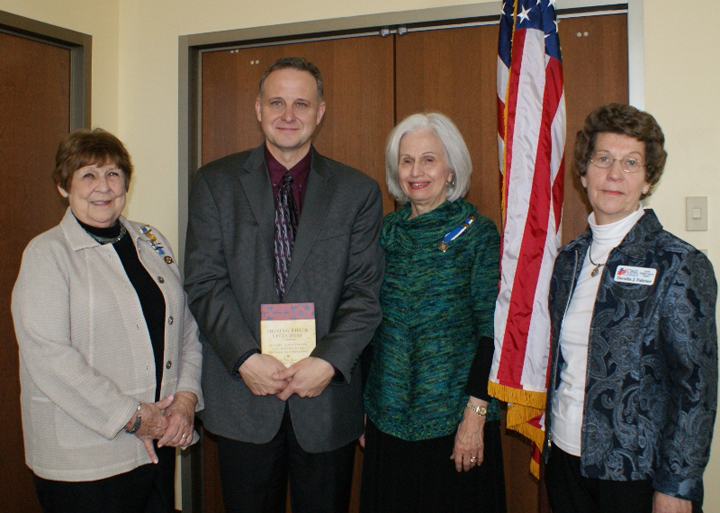 Curtis Davis, Chief of Police of the Farmville Police Department was guest speaker of the Judith Randolph-Longwood Chapter NSDAR in January. During his presentation, “Old and New Laws on the Books,” Davis spoke about how laws mirror the times and culture. Davis further explained that religion, culture, technology and actual incidents can bring about calls for changes in the laws. The most dangerous laws are those that are based on emotion. He warned that in each new law the public relinquishes some of its freedom. “Laws can protect you,” he said, “but you have to protect yourselves.”