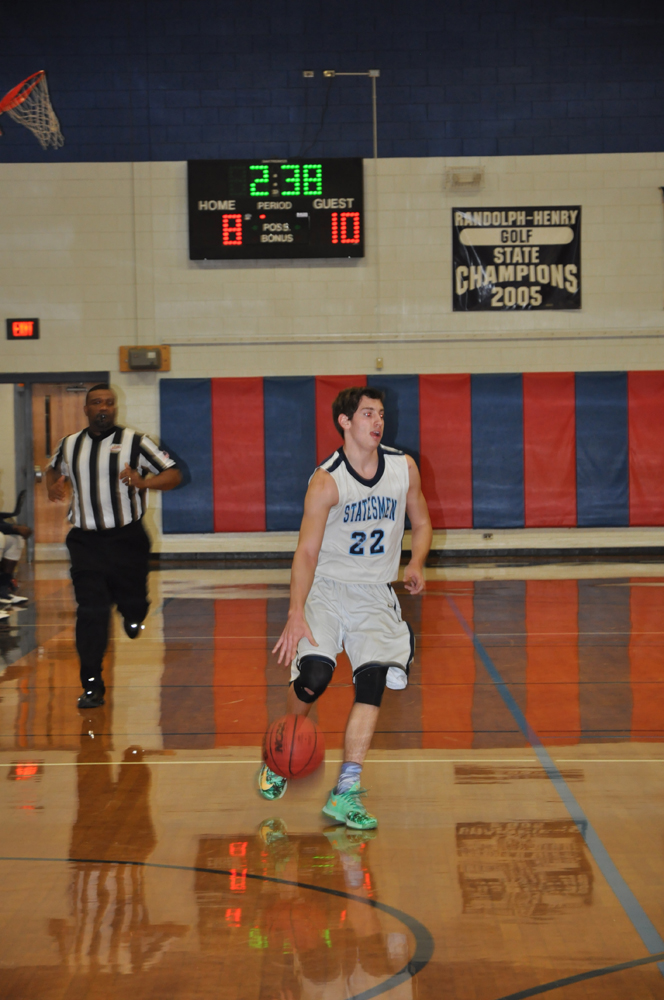 The Randolph-Henry High School junior varsity boys basketball team improved to 6-8 with its 37-23 win over visiting Central Lunenburg on Monday. The varsity Statesmen were not so lucky, as they were defeated 57-52.

Jackson Harding opened the scoring for the JV boys early in the first quarter with a 2-point shot that ignited the team for remainder of the game. The Chargers fought back and engineered a 10-point run until Statesmen player Quamel Brown grabbed the ball on a rebound and ran down the court for a slam dunk. Sam Williams added a 3-pointer and the first quarter ended 13-10.

The Statesmen added eight unanswered points during the third quarter as Jordan Jones sprang into action and used his speed to shake off defenders and find the basket. The JV team kept its defensive pressure, while Jones and Kevon Boyd each finished strong nailing the basket and ending the game 37-23.

“I am proud of our kids,” said Randolph-Henry JV coach Mark Heintzleman. “As a JV team, a lot of our kids never played on an organized team. This is a real growing and learning experience for them. The team, as a whole, has a strong work ethic and it shows during practice and at game time. We are improving as we go.”

Interceptions, steals,and blocked balls all contributed to the turnovers that haunted the varsity boys team which ended in just a 5-point loss. “We’ve had several games with 2-, 4-, 6-point losses,” said R-H varsity boys coach Jay Graves. “It’s exasperating, these close games at the end, we give them away.”

“This gets you,” Graves said. “It’s tough on the kids and me as the coach. We put a halt to the turnovers, fought back and couldn’t finish it. We are a young team with only three seniors and we will continue to work and improve. These kids never give up, they all have the resolve and will to stand up, fight, and turn negatives into positives,”  Graves continued.