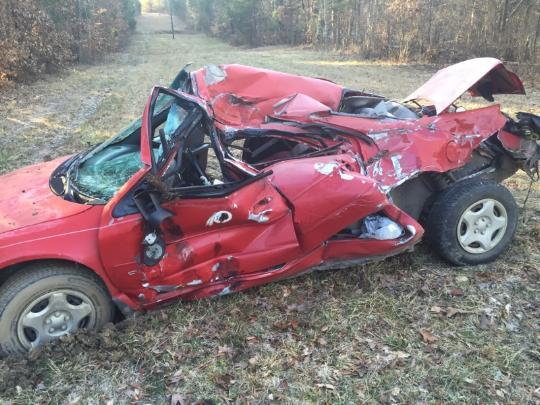 The car that Matthew Coriell was driving when he wrecked.

Matthew Coriell, of South Boston, was transported to MCV by a Medflight helicopter after crashing a 1998 Dodge Stratus owned by Patty Sue Callaham on Route 47, about one mile north of Route 59, at about 11 p.m.

State Police say his vehicle ran off the right side of the road, striking three box trailers and a utility pole.

Coriell continued driving the vehicle across the road on a power line before coming to a stop, according to police.

The driver allegedly left the scene of the accident.

Trooper D.A. Thompson said he was notified of the incident at around 8:30 a.m. the following day. Coriell was later located at a residence on Drakes Main Street.