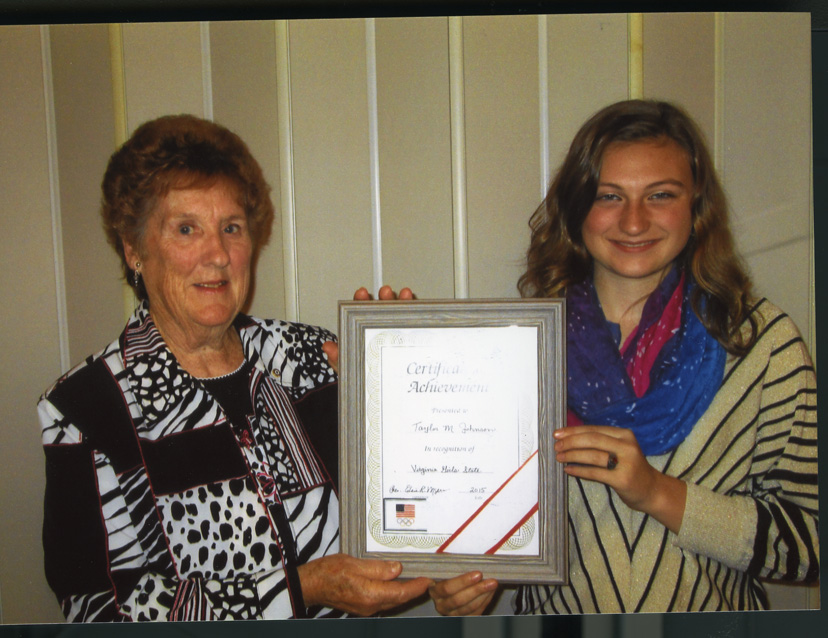 After all reports were called for, Taylor M. Johnson, a student at Randolph-Henry High School, spoke on her experience when she attended Virginia Girls State as a delegate at Longwood University in Farmville.

Johnson is in the Beta Club, worked for Farm Bureau during the summer and has volunteered 77 hours with the Randolph-Henry Athletic Boosters.

She also attended the model General Assembly and plans to attend this year.

Johnson plans on attending college and hopes to major in biology.