Garrett will run for Congress 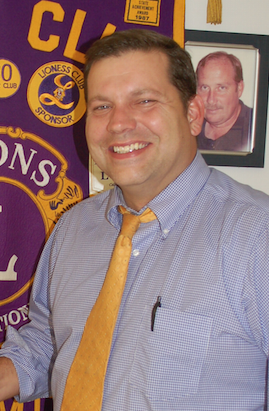 “I am running for Congress in 2016,” said Garrett, a Republican, of Buckingham. “Robert Hurt served the commonwealth and nation honorably. Now, we must choose a new congressman who will be a strong voice for Virginia’s Fifth District. I will be that man.”

Garrett currently represents the 22nd District in the State Senate, which encompasses Fluvanna, Buckingham, Cumberland, Appomattox, Prince Edward, Amherst, Goochland, and parts of Louisa, as well as part of the City of Lynchburg.

Garrett was first elected Louisa County Commonwealth’s attorney in 2005, and elected to the Virginia state senate in 2011 and 2015, according to his statement.

“These are dangerous times. My background as a combat arms veteran, prosecutor and pro-liberty legislator make me the best candidate to protect America from Islamic extremism abroad and fiscal imprudence at home,” said Garrett.

“The last seven years President [Barack] Obama has systemically sought to reduce America’s presence in the world while simultaneously engaging in a reckless pattern of deficit spending at home,” he said. “I will be a tireless warrior in the fight for a balanced federal budget, a government limited by constitutional parameters and restoring America to her role as a shining beacon of freedom to the world.”