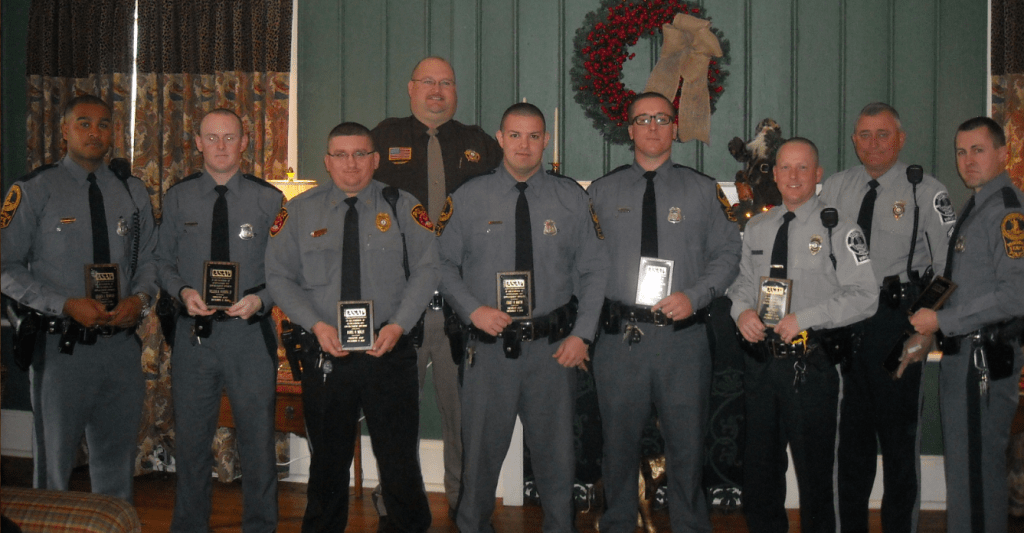 The officers were recognized by the Piedmont Alcohol Safety Action Program at the 18th annual Police Recognition Event for ticketing at least five drunk drivers during the year. The recognition — which included presentation of plaques, a pat on the back by board members, and lunch — was held Wednesday, Dec. 9 in the Farmville Train Station. Mothers Against Drunk Drivers and Nationwide Insurance joined on as sponsors.

The event was done as part of National Drunk and Drugged Driving Awareness Month.

“You do a great, great job,” said Douglas Randolph, chairman of the Piedmont Alcohol Safety Action Program’s — known as ASAP — Board of Directors. “With all the publicity that’s going on now I wouldn’t be in your shoes for anything; but without you where would we be? For the job you do, we at the board really, really thank you. You’ve done a job that is much, much needed.”

ASAP is one of the initiatives of the Virginia Alcohol Safety Action Program – known as VASAP — intended to improve highway safety by decreasing occurrences of driving under the influence of alcohol and other drugs.

Ronnie Roberts, chief of police for Louisa and the event’s keynote speaker, told the officers that he has seen about every type of crash you could see, and remembers the difficulty of telling people about relatives killed in alcohol-involved crashes. One woman insisted he tell her the reason for his visit in front of her middle school-aged daughter, over his insistence she not be there. “I can still hear the scream,” he said.

Eventually, he reached a decision.

DUI arrests can be arduous work, he said. An arrest can easily take three hours, a big part of a day. “But how many lives have you saved with that stop?” he noted.

Robyn B. Allen, director of the Piedmont ASAP, said that getting arrested and ordered into VASAP is sometimes the only thing that leads some to get the help they need for their abuse.