Over 300 receive toys at Parents giveaway 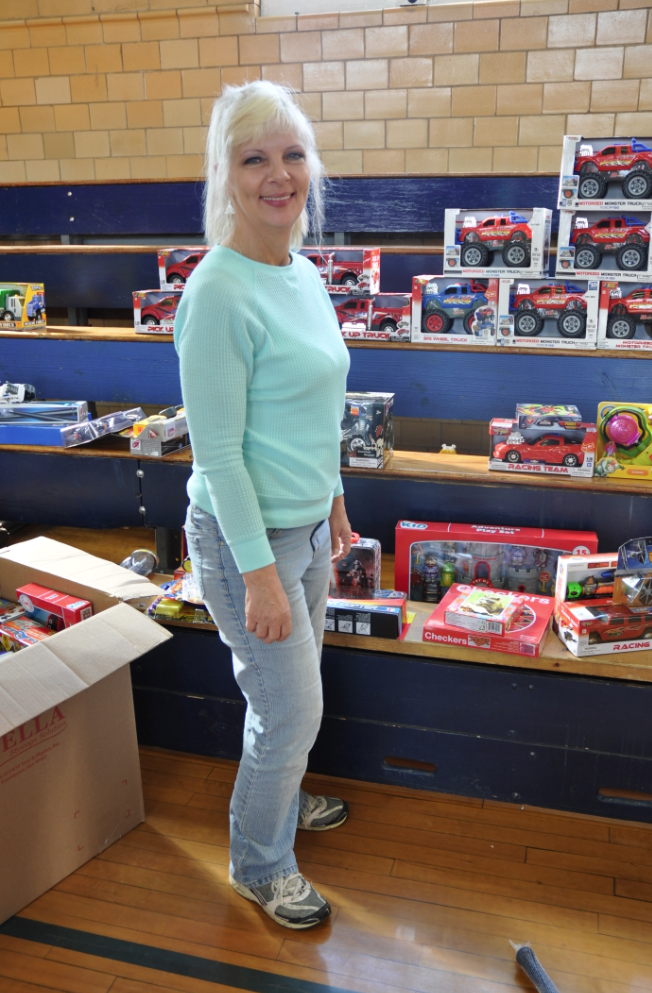 According to co-chair Linda Guill, while the official totals have not been calculated, she estimated that over 300 people attended and received toys during the event.

The auditorium was filled to capacity with a variety of toys, clothing and books to provide those in need with a joyous holiday.

Each child was able to receive a total of three new toys in addition to clothing, gently used items, a stocking and books.

A number of volunteers dedicated their time and service to make the event possible.

“I volunteered to give back to the kids,” said Melissa Sherrill, a volunteer. “It was a lot of work for the volunteers those two days. I took off of work Saturday to help give out toys.  We were all tired and worn out. I felt good about the day and knowing these kids will have gifts to open on Christmas morning,” she said.

Volunteer LaToya Brooks said she participated in Toy Day in honor of her late mother.

“She used to volunteer every year until her decrease in health. I enjoy volunteering on her behalf, as well as knowing that some child that otherwise may not have a Merry Christmas, will now have that genuine ‘Kool-Aid’ smile. Nothing warms my heart more,” Brooks said.

Sherrill said that Guill does an amazing job getting the event together each year and she plans to volunteer next year as well.

In addition to a fun-filled day of giving, Judy Brister of Keysville was recognized as the Honorary Christmas Parent for 2015.

The Southside Christmas Parents is a 501c3 non-profit organization made up completely of volunteers.