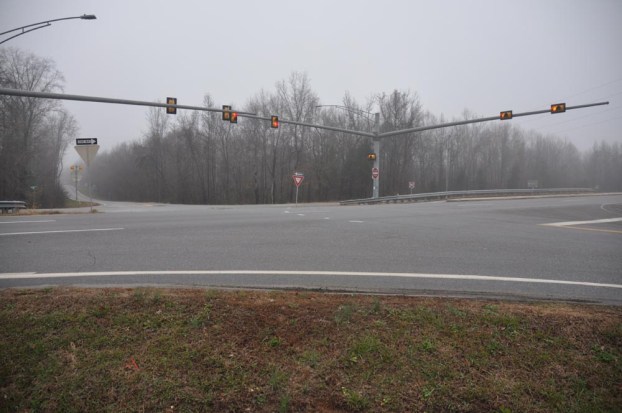 Crafton’s Gate intersection had its existing flashing lights that are above Rt. 360 turned horizontal — instead of remaining vertical — on Nov. 19.

Just shortly after the existing flashing lights at the intersection of Crafton’s Gate Highway and Kings Highway were rotated, accidents continue to be a problem for drivers.

Watson was attempting to cross the eastbound lane of Crafton’s Gate Highway. The BMW was driven by John G. Watson of Meherrin, Gregory said.

There were no injuries in the incident. Coleman was charged with failure to yield the right of way.

According to VDOT Representative Kevin Wright, the existing flashing lights at the intersection were turned horizontal instead of vertical on Nov. 19.

Wright said the adjustment was intended to help confused drivers who may think the flashing lights are a traffic light that will soon turn red.

A recent request from the Charlotte County Board of Supervisors suggested the installation of dynamic flashing lights, Wright said.

Dynamic flashing lights would only activate when another vehicle is pulling out and display a warning message.

However, Wright said the request is still going through the scoring process and a final selection will not be made until spring.

People sitting in the median at the intersection continue to be an issue, according to Wright. He predicts dynamic flashing lights will help the situation immensely.

On Saturday, Randolph-Henry High School auditorium saw a packed house for the Miss Charlotte County Pageant, under the direction of... read more