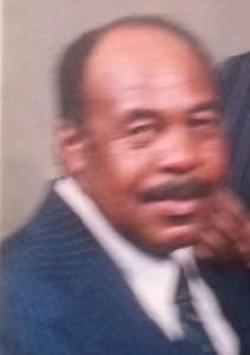 Mr. Elmo Dews, 84, of Lynchburg passed away on Friday, October 16, 2015. He was the husband of the late Mrs. Gertrude Mae Berkley. Born September 7, 1931, he was the son of the late Mr. Walter and Mrs. Sallie Dews. In addition to his wife and parents, Elmo was preceded in death by a son, Michael A. Dews; one brother, Walter S. Dews; three sisters, Roxie Malone, Lena Haskins, and Edna King.

Funeral services were held on Saturday, October 24, 2015, at Mt. Zion Baptist Church in Red House with interment in the church cemetery. Condolences may be expressed at www.JeffressFuneralHome.com.  Arrangements were by Jeffress Funeral Home and Cremation Service of Brookneal.