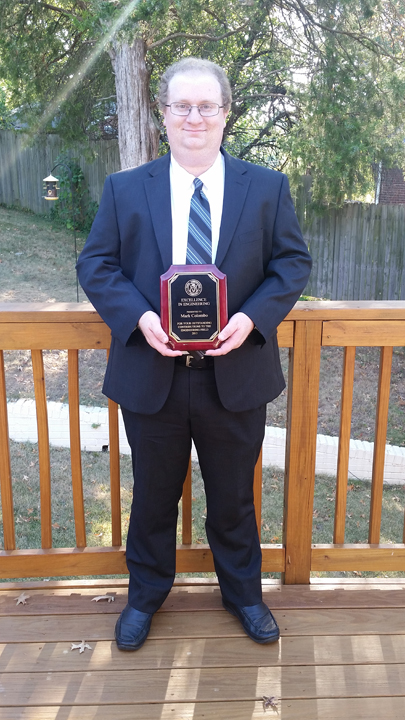 Mark Colombo is a recent winner of the Federal Communication Commissions Excellence in Engineering Award. FCC Chairman Tom Wheeler announced the names of the winners at the FCC’s open meeting and commended the winners.

The Excellence in Engineering Award recognizes FCC staff members for their engineering, scientific or technical contributions in the course of their work at the commission.

Colombo is a member of the team that developed the analytical tools and software powering the TV incentive auction.

Colombo grew up in Charlotte County and is a 2007 graduate of Randolph-Henry High School.

He received his bachelor of science degree in electrical engineering from the University of Virginia in 2011 and has been with the FCC since 2013.