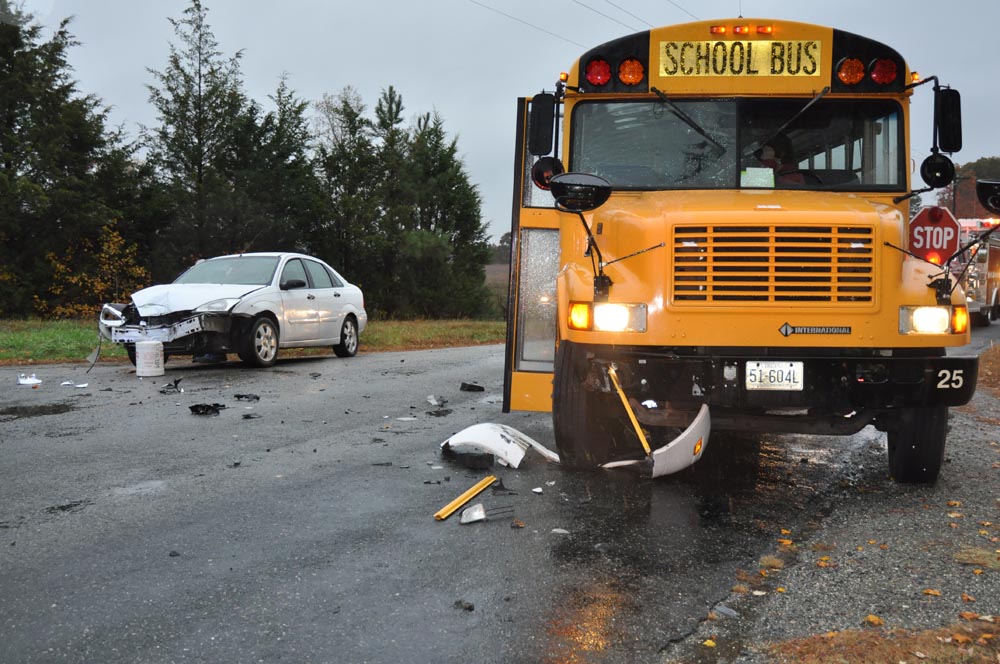 On Tuesday afternoon at about 4:50 p.m., an accident involving a Charlotte County School Bus occurred at the intersection of Otter Road and Roseland road near the Mecklenburg County line.

Walter Rawlings of Chase City was traveling west on Otter Road in a 2001 Ford Sedan when he failed to yield the right-of-way and struck a Charlotte County School Bus driven by Linda Griles of Randolph.

According to Virginia State Trooper Brian Meeks, Griles applied the brakes and attempted to stop, but, was unable to due to the wet conditions.

Emergency responders arrived on the scene and found only minor injuries sustained by those involved in the accident.

An estimated $5,000 in damage was sustained to the Ford Sedan and damage to the school bus was estimated between $800 and $1,000, according to Meeks.

Rawlings was charged with failure to yield the right of way.

Meeks was the investigating officer.