America must lead on the world stage 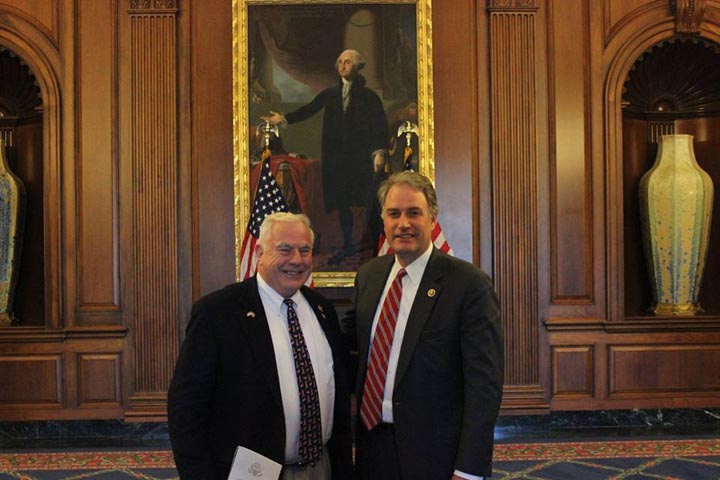 Last Thursday, U.S. Army Master Sergeant Joshua L. Wheeler was killed during a mission, which ultimately rescued 69 hostages being held by the Islamic State in Northern Iraq. Sgt. Wheeler, a father of four stationed at Fort Bragg, North Carolina, is the first American to die in combat since the President initiated U.S. involvement in the campaign against the Islamic State in Iraq and Syria.

We mourn the loss of Sgt. Wheeler, and we thank all of the heroes involved in this rescue for their extraordinary valor.

It is because of men and women like Sgt. Wheeler that we continue to live in the freest and most prosperous nation on Earth.

Our thoughts and prayers continue to be with his wife, his four children and his entire family.

Over a year ago, President Barack Obama promised the American people that we would not put boots on the ground to fight the Islamic State — explicitly stating that he would not send our brave men and women into combat in Iraq.

But Sgt. Wheeler’s death suggests that, despite the president’s assurances, there are many U.S. soldiers who are, in fact, engaged in combat operations in the fight against ISIS.

This tragic loss gives rise to the obvious question of why the president and the White House choose to parse words to fit the political promises he made on the campaign trail.

And this is also a painful reminder that this president has failed — now one year into his initiative — to obtain from the Congress an Authorization for Use of Military Force (AUMF) before committing U.S. troops to combat operations.

It is ultimately the responsibility of the president alone to articulate to congress and to the American people a comprehensive strategy for victory over ISIS and to abide by the constitutional limitations that require congressional approval before further combat operations in Iraq and Syria continue on.

Likewise, it is the obligation that the Congress take up and debate the president’s proposed AUMF.

It is my hope that Congress will take up this proposal and engage with president as soon as possible.

If the president convinces the U.S. Congress to act, then act we must.

Unfortunately, I believe that America’s posture in this untenable situation also reflects the president’s policies that leave America in the position of leading from behind — especially in the Middle East.

Ultimately, we must remain vigilant and resolute to ensure our national security and to stand with our allies.

Robert Hurt, a Republican represents Lunenburg County in the U.S. House of Representatives. His website is hurt.house.gov. He can be reached at his Farmville office at (434) 395-0120.