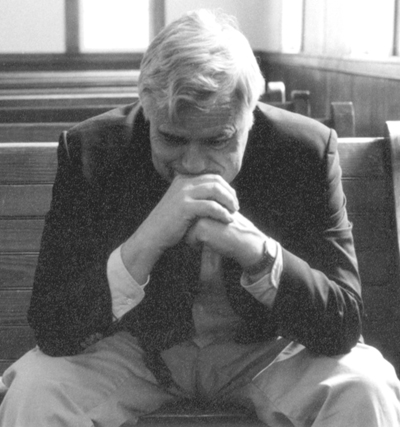 Lee Copeland entered eternal joy on October 13, 2015. He was born on March 19, 1942, in Norfolk, Virginia, the son of Richard Henry and Madeline Copeland.  He leaves on earth his wife of 47 years, Betty Downs Copeland, two daughters, Laurie Victa (Shawn) and Madelyn, a son Thomas (Alina), and 12 grandchildren.

A graduate of Maury High School, he earned a Bachelor of Arts degree and a Master’s degree in counseling from Old Dominion University. He also earned a Master’s of Divinity from Grace Theological Seminary in Winona Lake, Indiana. He was ordained by the Norfolk Tabernacle Church.

In 1975, he moved with his family to Farmville, Virginia, to plant a Bible-believing church there, in answer to the prayers of several local Christians. Meeting at first in the homes of its members, Faith Bible Fellowship grew until it purchased a church house at 207 Bridge Street in Farmville in 1991.

Devoted to teaching the Word of God and to missions, he ensured that at least a third of the Fellowship’s budget be set aside for missionary support. He sat on the Board of the China Institute, which ministers to educated Chinese at the University of Virginia and prepares theological material for the Chinese church.In addition to his professional role as a counselor at Burkeville Medical Group and Charlotte Primary Care, he counseled countless individuals informally on his own time. His compassion and humility were legendary. His great gift was the ability to listen as if you were the only person in the world and to give advice in a way that persuaded you that you had thought of it yourself.

For forty years his gracious influence has formed and improved the Christian life of hundreds of people, from college students to centennarians, from edge to edge of the United States, from the Ukraine to Venezuela, from Germany to China. His legacy is widespread and will endure, to the glory of God.

A funeral service was held on Saturday, October 17, 2015 2:00pm at Calvary Chapel in Farmville with burial at Briery Presbyterian Church.  Shorter Funeral Home is serving the family.  www.shorterfuneralhome.com.