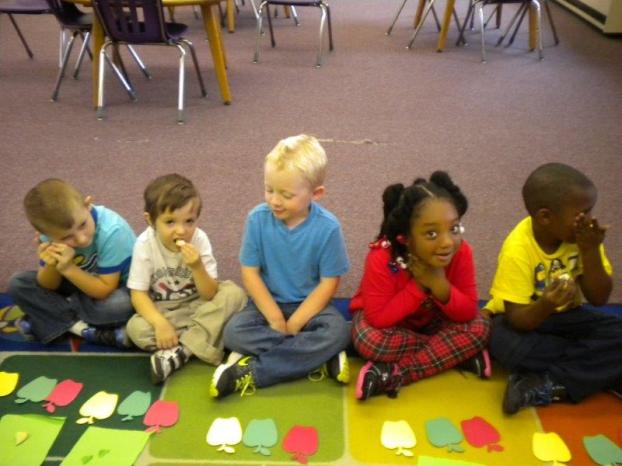 It is that time of year — the weather is getting cooler, the leaves are changing color, apples are ready to harvest and cooking is going on in the library.

At Bacon and Phenix elementary schools, in recognition of Johnny Appleseed’s birthday, children have been doing various apple activities.

They have been singing apple songs, acting out fingerplays, apple taste-testing and sharing goodies that have been enjoyed by kindergarten, first and second grade students.

The kindergartens tasted green, red, and yellow apples and then choose which one they liked best.  Their results were graphed and then displayed in the hallways.

The first graders learned about the two parts of a recipe — “What you need” and “what you do,” and then made apple bread. Apple crisp was made by the second graders. 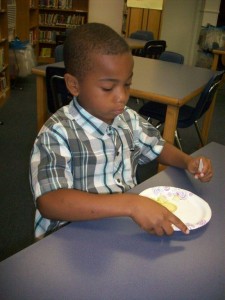 Cooking not only captures the students’ attention and is fun, but it also provides the opportunity to do a great deal of math — counting, fractions, measuring and telling time.

Luke Whitlow, a 2015 graduate of Randolph-Henry High School, has been awarded a $1000 scholarship from the Charlotte County Master... read more