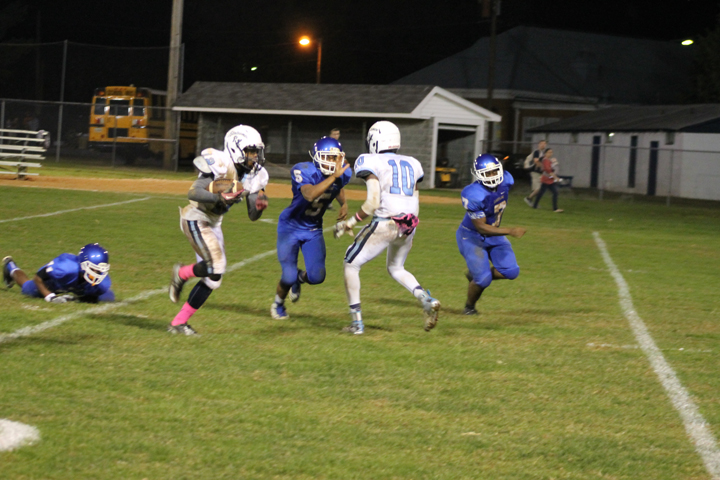 Randolph-Henry’s homecoming game that was played on Friday night between the Statesmen and the Cumberland Dukes was a night that hardly anything could go wrong for the Statesmen, as an interception made by Fred Blow with a mere 3:28 on the halftime clock led to a 42-6 win for the Statesmen.

The Statesmen defense was just too formidable for the Dukes, whose only score took place during the third quarter.

“The Statesmen jumped out to a 35-0 halftime lead and cruised to homecoming victory,” said R-H coach Mark McPherson.

The Statesmen were led by quarterback Joseph Reed who had 15 carries for 228 yards and  two touchdowns.

Chris Powell finished the night with nine carries for 64 yards and a 5-yard touchdown. Damian Dixon had three catches for 53 yards and a touchdown, while Daquan Wilson had a catch for nine yards that led to a touchdown.

Blow had three catches for 19 yards and an interception that aided the Statesmen victory.

R-H will have a bye on Friday, but will return to action on Friday, Oct. 23, when they trek to Prince Edward for a 7 p.m. matchup.