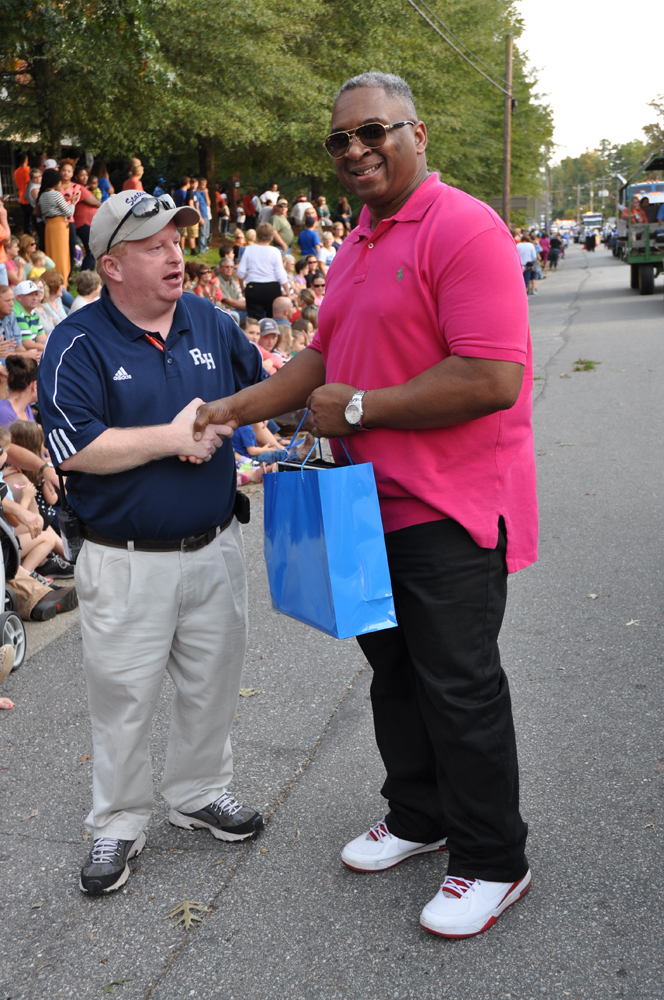 The parade was filled with performances by the Charlotte County Public School marching bands, cheerleading squads and more. Bystanders stood in awe as each creative float came by, and children’s stood anxiously on the sidewalk waiting for candy to by thrown in their direction. 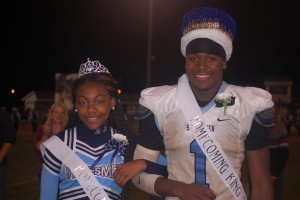 Jaliyah Walton (left) and Joseph Reed (right) stand together as Homecoming King and Queen after they were crowned during halftime. (Photo by Noel Oliver)

Many former students and residents of the county returned to Charlotte Court House to greet old friends and tell tales of how their lives have changed since graduating Randolph-Henry.

Additional photos can be found online at www.thecharlottegazette.com.