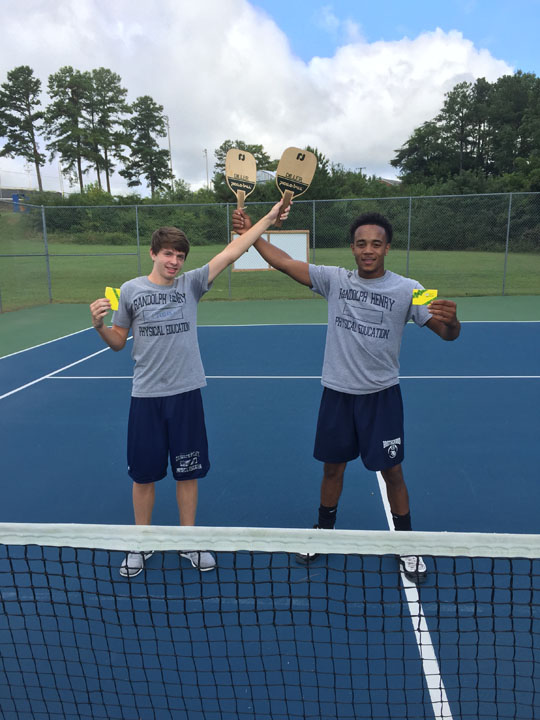 Over the past few weeks, the health and physical education department at Randolph-Henry High School has participated in a new activity called pickleball. The game of pickleball originated from Bainbridge Island, Washington, in 1965, and is essentially a modified version of tennis with a few different rules. Pickleball can be played with singles or doubles, but uses a paddle and a plastic ball, unlike tennis. The use of an underhand serve is another rule, unlike tennis; but, this rule makes serving easier. The net is lowered to 36 inches which allows for a competitive atmosphere to spread for those who partake in this activity.

Students at R-H practiced different skills associated with the game of pickleball. After students were familiar with the rules and regulations, health and physical education teacher Joshua Barmoy implemented a pickleball tournament for his classes. There were two winning teams throughout the week. In Barmoy’s first-period class, the winning team was called Team Savage and the members consisted of Tyquann Beattie and Caleb Chadwick. In Barmoy’s third-period class, the winning team was the Cowboys. Team members were Jordan Roberts and William Bruce. Each player from both winning teams received a $10 gift certificate to Subway, courtesy of Randolph-Henry.