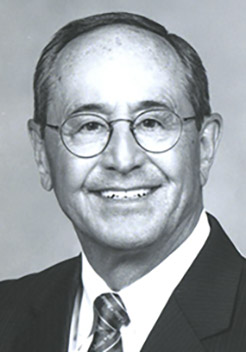 The Grand Lodge of Virginia, on Saturday, Nov. 12, during its 244th Annual Communication, elected Donald “Don” Ellis Strehle, of Arlington, to serve as its 177th Grand Master during 2022 – 2023.

Strehle was born in Montgomery County, Pennsylvania and moved to Newport News, at the age of seven. He is the third son of the late Frank E. Strehle and the late Thelma G. Strehle. He graduated from Denbigh High School and attended Radford University, from which he graduated with a Bachelor’s Degree in Business Management. He started his banking career with Continental Federal Saving Bank. Now retired, Brother Strehle held positions of Managing Director with Sterling Capital Management and as Regional President for BB&T, where he was administratively responsible for 600 employees, 80 financial centers, $6 billion in deposits and 140,000 client households in Northern Virginia.

Strehle was made a Master Mason in Cherrydale-Columbia Lodge No. 42, Arlington, on October 19, 1996, where he is a Life Member in Perpetuity. He served as Worshipful Master in 2001. He has been Cherrydale-Columbia’s Lodge Trustee since 2002 and served as Treasurer for fifteen years. His Masonic services since that day have been extensive, as have been his service in the Northern Virginia community.

During the tenure of Donald Ellis Strehle, his emphasis will be “Uniting All Mankind.”